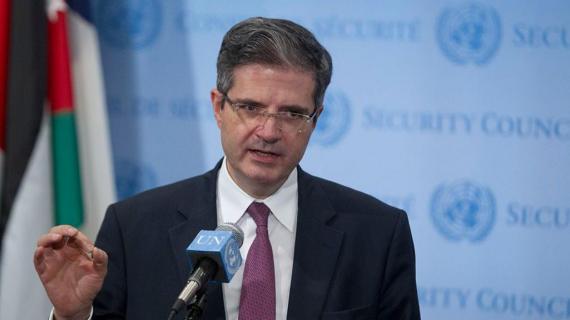 France's ambassador to the United Nations, François Delattre, reiterated, on Friday at the UN Security Council, his country's position, considering the fact that the autonomy plan constitutes a "serious and credible basis" for the resolution of the artificial conflict over the Moroccan Sahara.

"France continues to consider the autonomy plan presented by Morocco in 2007 as a serious and credible basis for a negotiated solution," Delattre told the Council, following the adoption of resolution 2351, extending the MINURSO mandate for one year (until April 30th, 2018).

According to the French diplomat, the settlement of the conflict will "promote security, stability and economic prosperity of the region", reiterating France's full support for the work of the United Nations and the MINURSO.

In this regard, Delattre expressed hope that "the unanimous adoption of this resolution will enable us to look resolutely into the future to nurture the political momentum and open a new chapter together for the benefit of all, in the history of the region."

The United States "continue to consider the Moroccan autonomy plan (in the Sahara) as being serious, credible and realistic," the US Deputy Representative to the United Nations, ambassador Michele J. Sison, told the UN Security Council (UNSC) on Friday.

"We continue to consider the autonomy plan as being serious, credible and realistic, and represents a potential approach to meeting the aspirations of the population of the Sahara to manage its own affairs in peace and dignity," said the US diplomat in a speech following the unanimous adoption by the members of the Council of resolution 2351, extending the mandate of the MINURSO for one year (until April 30th, 2018).

She also expressed the full support of the United States to the UN Secretary-General, Antonio Guterres, with a view to re-launching the negotiations on the basis of a new moment and spirit.