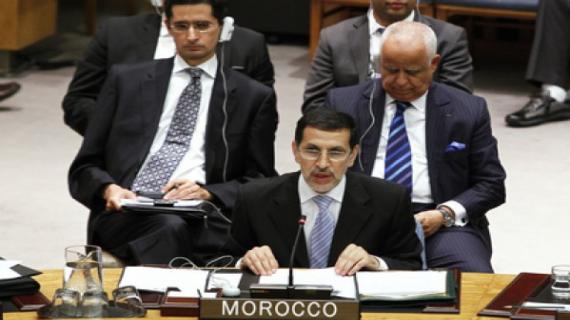 A few days before the Security Council renews the MINURSO’s mandate in the Sahara for another year, news coming from New York and other capitals suggest that the UN bdoy is likely to adopt its annual resolution on the Sahara with consensus.

A diplomatic source acquainted with the subject and following the negotiations since the US presented its draft resolution to the Group of Friends of the Western Sahara told Morocco World News that Security Council seems to be moving towards adopting a resolution with consensus, which means that no vote will be required to adopt it.

The same source added that two members of the Group of Friends of the Western Sahara are not on favor of the adoption of draft resolution that would establish a human rights monitoring mechanism in the Sahara, adding that France, Russia and Spain are striving to water down the draft resolution in a way that will not harm Morocco’s interests.

The Group of friends of the Western Sahara is comprised of the United States, France, Russia, the United Kingdom and Spain. Up until now the US draft resolution has not been circulated to the other members of the Security Council.

On Sunday Spanish Foreign Minister José Manuel García-Margallo said that Spain expects “a new U.S. resolution” to renew the mandate of the UN mission in the Sahara and “could get the consensus” of the members of the Group of Friends of the Sahara.

He went o say that the new U.S. proposal “has not been accepted by two members of this group,” which “makes it difficult to adopt, knowing that the rule in the group is consensus.”

On Monday the 15-memebr council will hear a briefing from the UN Secretary General in which he will present its annual report on the Situation in the Western Sahara.

The Council is scheduled to adopt a new resolution on the Sahara on Thursday.