Security Council Report: 5 options considered for the mandate of MINURSO 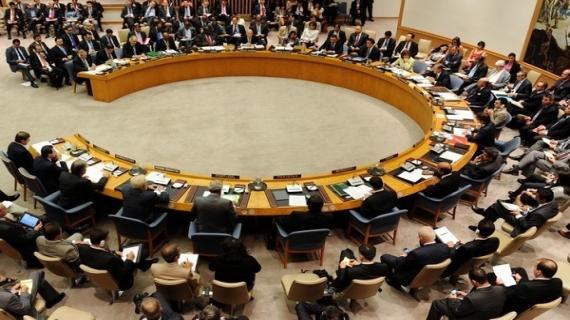 New York: The Security Council of the United Nations takes into consideration five options for the future of the mandate of MINURSO whose extension is scheduled for 25th of this month.

Among these options, the renewal of the mandate of MINURSO encouraging progress in the negotiation process and the resumption of direct talks.

This option which 'maintains similar  language to that in the current mandate' could include the recommendation of the Secretary-General contained in his report last year, an increase of MINURSO personnel.

Other options that could be 'discussed later this month' are related to the observance of human rights, namely:

2 - An option which is considered unlikely, asking the UNHCR to make a briefing on the situation of human rights in the Sahara, and encouraging the consideration of alternative arrangements to the monitoring of human rights through, for example , regular visits by staff from UNHCR.

3 - Ask the SG to establish an independent commission of inquiry on the situation of human rights in the Sahara.

4 - The last option would be the introduction of the dimension of human rights in the mandate of MINURSO, the thing that works for Algeria and violates the sovereignty of Morocco over the southern provinces.

In its analysis, the SCR also refers to "recent developments in the Sahara issue, adding that since the adoption of resolution 2044, the UN officials have stressed and noted an" increase access to a wide range interlocutors, particularly during the visits of Ross in Western Sahara "and regular meetings with the NHRC."

In addition, the paper examines the dynamics within the UN Security Council, indicating that all Member States support the shuttle diplomacy conducted by Christopher Ross and hopes that this approach, similar to that adopted under James Baker, will lead to direct talks.

According to SCR, the possible resumption of talks could take place in mid-2013.

At the international level, the position of the Sahara remains unchanged, including the group of friends (USA, Russia, France, UK, Spain).

The SCR then noted that despite the tremendous efforts of the Algerian diplomacy with some European parliaments, in the hope that they adopt positions hostile to Morocco, the EU remains generally aligned with the Moroccan position.

The SCR is an independent body whose main donors are the governments of Norway, Saudi Arabia and Switzerland as well as foundations, including   "Ford Foundation", "The William Flora Hewlett Foundation," counts among its staff, former diplomats and researchers from different parts of the world and advises, at their request, the new members of the Security Council of the UN.