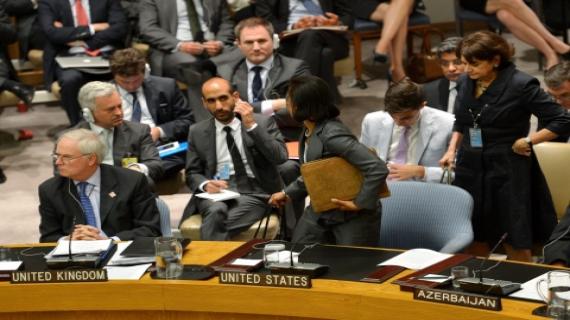 Recalling and reaffirming all its previous resolutions on Western Sahara,

Reaffirming its commitment to assist the parties to achieve a just, lasting, and mutually acceptable political solution, which will provide for the self-determination of the people of Western Sahara in the context of arrangements consistent with the principles and purposes of the Charter of the United Nations, and noting the role and responsibilities of the parties in this respect,

Reiterating its call upon the parties and the neighbouring states to cooperate more fully with the United Nations and with each other and to strengthen their involvement to end the current impasse and to achieve progress towards a political solution,

Recognizing that achieving a political solution to this long-standing dispute and enhanced cooperation between the Member States of the Maghreb Arab Union would contribute to stability and security in the Sahel region,

Welcoming the efforts of the Secretary-General to keep all peacekeeping operations, including MINURSO, under close review and reiterating the need for the Council to pursue a rigorous, strategic approach to peacekeeping deployments, and effective management of resources,

Expressing concern about the violations of existing agreements, and calling on the parties to respect their relevant obligations,

Encouraging in this context, the parties to demonstrate further political will towards a solution including by expanding upon their discussion of each other’s proposals,

Taking note of the four rounds of negotiations held under the auspices of the Secretary-General and welcoming the commitment of the parties to continue the negotiations process,

Encouraging the parties to continue cooperating with the Office of the High Commissioner for Refugees in implementing the January 2012 updated Plan of Action on Confidence Building Measures,

Stressing the importance of improving the human rights situation in Western Sahara and the Tindouf camps, and encouraging the parties to work with the international community to develop and implement independent and credible measures to ensure full respect for human rights, bearing in mind their relevant obligations under international law,

Encouraging the parties to continue in their respective efforts to enhance the promotion and protection of human rights in Western Sahara and the Tindouf refugee camps,

Recognizing and welcoming, in this regard, the steps taken by Morocco to strengthen the National Council on Human Rights Commissions operating in Dakhla and Laayoune, and Morocco’s ongoing interaction with Special Procedures of the United Nations Human Rights Council, including those planned for 2013,

Also welcoming the implementation of the enhanced refugee protection programme developed by the Office of the United Nations High Commissioner for Refugees in coordination with the Polisario Front, which includes refugee and human rights training and awareness initiatives,

Reiterating its request for consideration of a refugee registration in the Tindouf refugee camps and encouraging efforts in this regard,

Welcoming the commitment of the parties to continue the process of negotiations through the United Nations-sponsored talks,

Recognizing that the consolidation of the status quo is not acceptable, and noting further that progress in the negotiations is essential in order to improve the quality of life of the people of Western Sahara in all its aspects,

Affirming support for the Secretary-General’s Personal Envoy for Western Sahara Ambassador Christopher Ross and his work in facilitating negotiations between the parties, and, welcoming to that effect his recent initiatives and ongoing consultations with the parties and neighbouring states,

Affirming support for the Special Representative of the Secretary-General for Western Sahara and Head of MINURSO Wolfgang Weisbrod-Weber,

2. Reaffirms the need for full respect of the military agreements reached with the United Nations Mission for the Referendum in Western Sahara (MINURSO) with regard to the ceasefire and calls on the parties to adhere fully to those agreements;

3. Calls upon all parties to cooperate fully with the operations of MINURSO, including its free interaction with all interlocutors, and to take the necessary steps to ensure the security of as well as unhindered movement and immediate access for the United Nations and associated personnel in carrying out their mandate, in conformity with existing agreements;

4. Welcomes the parties’ commitment to continue the process of preparation for a fifth round of negotiations, and recalls its endorsement of the recommendation in the report of 14 April 2008 (S/2008/251) that realism and a spirit of compromise by the parties are essential to achieve progress in negotiations;

6. Affirms its strong support for the commitment of the Secretary-General and his Personal Envoy towards a solution to the question of Western Sahara in this context and calls for renewed meetings and strengthening of contacts;

7. Calls upon the parties to continue negotiations under the auspices of the Secretary-General without preconditions and in good faith, taking into account the efforts made since 2006 and subsequent developments, with a view to achieving a just, lasting, and mutually acceptable political solution, which will provide for the self-determination of the people of Western Sahara in the context of arrangements consistent with the principles and purposes of the Charter of the United Nations, and noting the role and responsibilities of the parties in this respect;

8. Invites Member States to lend appropriate assistance to these talks;

9. Requests the Secretary-General to brief the Security Council on a regular basis, and at least twice a year, on the status and progress of these negotiations under his auspices, on the implementation of this resolution, challenges to MINURSO’s operations and steps taken to address them, and expresses its intention to meet to receive and discuss his briefings and in this regard, further requests the Secretary-General to provide a report on the situation in Western Sahara well before the end of the mandate period;

10. Welcomes the commitment of the parties and the neighbouring states to hold periodic meetings with the Office of the United Nations High Commissioner for Refugees to review and, where possible, expand confidence-building measures, and in this regard, supports the Secretary-General’s request for additional six United Nations police officers to implement the expanded family visit programme;

12. Requests the Secretary-General to continue to take the necessary measures to ensure full compliance in MINURSO with the United Nations zero-tolerance policy on sexual exploitation and abuse and to keep the Council informed, and urges troop-contributing countries to take appropriate preventive action including predeployment awareness training, and other action to ensure full accountability in cases of such conduct involving their personnel;

13. Decides to remain seized of the matter.