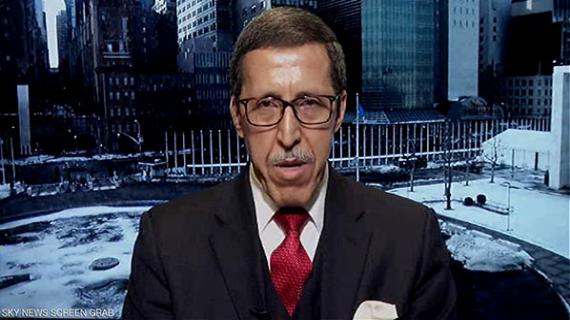 The UN Security Council Resolution 2351, adopted last month, reiterated the call on Algeria to shoulder its responsibility in settling the decades-long Sahara dispute and reaffirmed the pre-eminence of Morocco’s autonomy initiative as a basis for negotiation, said Morocco’s Permanent Representative in the UN, Ambassador Omar Hilale.
Hilale, who was speaking in Kingstown in Saint Vincent and Grenadines  at a meeting on decolonization by the C24 group, said that the latest UN Security Council resolution stresses that neighbouring countries notably Algeria have a role to play in settling the regional dispute over the Sahara.

“Henceforth, Algeria can no longer hide behind its observer status and should take seat at the table of negotiations to fully contribute to implementing the UN Security Council resolution,” said Hilale.

In the same connection, the Moroccan Ambassador recalled Algeria’s role in creating and nurturing the Polisario separatist movement, which was inexistent when Morocco listed the Sahara in the UN Decolonization list in 1963 when the region was under Spanish occupation.

He explained that Algeria created the Polisario to undermine Morocco and block its endeavor to achieve its territorial integrity in a blatant violation of neighborliness and in ingratitude for the Moroccan solidarity with Algeria during its war of independence.

Hilale also shed light on the setbacks dealt by the Security Council Resolution 2351, which omits any reference to a referendum as a sole means of self-determination and reaffirms the pre-eminence of Morocco’s autonomy initiative as a basis for negotiations.

The resolution extends the mandate of the UN mission in the Sahara, the MINURSO, for another year and calls on the parties to the conflict to engage in a fifth round of negotiations.

The resolution was adopted following the Polisario’s withdrawal from the Guerguarat border strip, which it occupied in violation of the 1991 cease fire agreement. In this regard, the resolution reaffirmed the need for full respect of the military agreements reached with MINURSO with regard to the ceasefire and called on all the parties to adhere fully to those agreements.

The UN text also reiterated call on Algeria to allow a census of the population held in the Polisario-run Tindouf camps, in southwestern Algeria.