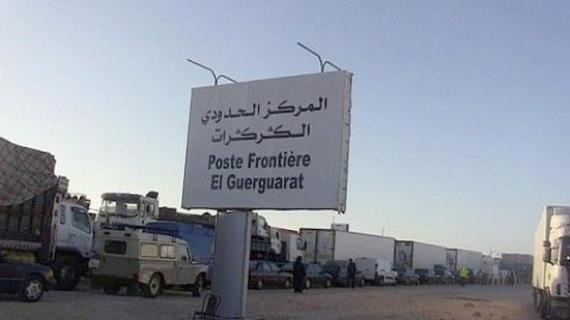 The UN Security Council said, on Friday, it is "concerned" about the presence of the polisario in Guergarat, calling on the separatist group to "immediately" evacuate the area in the buffer zone.

The Council "expresses its concern about the presence of the polisario front at the buffer zone in Guergarat, and calls for its immediate withdrawal" from that area, according to Council resolution 2414, which extended MINURSO's mandate until October 31st, 2018.

This resolution was adopted by 12 votes in favor, 0 against and 3 abstentions.

The Council also expressed "concern" about the polisario's announcement to transfer some of its so-called "administrative functions" to Bir Lahlou, east of the security structure, urging separatist militias to "refrain from such destabilizing acts".

Referring to the polisario maneuvers, the Council also expressed its "concern about violations of existing agreements, calling on the parties to respect their relevant obligations and to refrain from any action that could destabilize the situation or threaten the UN process".

In contrast to the Council's injunction against the polisario, the UN executive body was keen to "recognize Morocco's measured response to recent concerns regarding the buffer zone".

The Council reaffirms the need to fully respect the military agreements concluded with MINURSO regarding the ceasefire and calls on the parties to fully adhere to these agreements.

In this context, it acknowledges that "fundamental issues related to the ceasefire and related agreements persist". It urges the parties "to take the necessary measures to ensure the security as well as freedom of movement and immediate access of the United Nations and associated personnel for the fulfilment of their mandate, in accordance with existing agreements".

The appeal comes in a tense context between MINURSO and the polisario, whose elements intercepted a UN mission patrol in mid-March and launched warning shots to prevent members of the UN mission from recording violations by separatist militias in the area east of the security structure, as announced by UN spokesman Stephane Dujarric.

"MINURSO had informed the UN Security Council that, on March 16th in the Tifariti village, MINURSO military observers, who were on duty, were intercepted by armed members of the polisario front who fired warning gunshot," he said.

For his part, the UN Secretary-General, Antonio Guterres, deplored the fact that while UN symbols were previously respected even by militant groups, this respect has eroded over time. "United Nations personnel are regularly targeted by those who oppose peace," he wrote on his Twitter account.