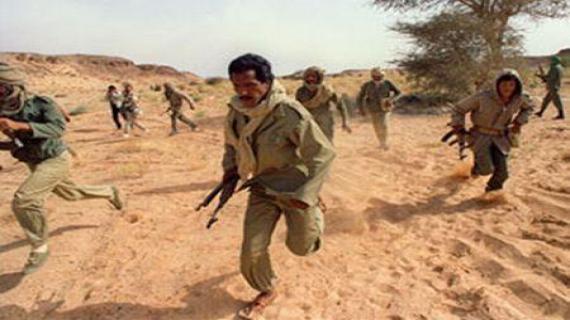 Delegates from the Community of Sahel-Saharan States (CEN-SAD) on Wednesday (October 30th) ended a three-day conference in Rabat about security, governance and development issues.

The participants called for the promotion of security across the region. They said that the community, which is made up of 28 African states, must act as a force for peace, stability and development in the Sahel-Saharan region.

Morocco's new foreign affairs minister, Salaheddine Mezouar, stressed that the region was experiencing serious security problems that threaten all countries within it. He blamed transnational terrorist groups involved in organised crime, terrorism and trafficking for exacerbating the insecurity and extremism that threaten the very foundations of states.

The minister said that the return of peace and constitutional order in northern Mali does not mean that efforts to tackle these problems should be reduced.

"The acts of terrorism perpetrated in Mali, Niger, Kenya, Egypt and Tunisia demonstrate once again how dangerous and fragile the situation in the Sahel-Sahara region is. This means there is an urgent need", he said, "for institutions to be created and for an effective CEN-SAD prevention and intervention mechanism to be set up."

That view was shared by the acting secretary-general of CEN-SAD, Ibrahim Sani, who said that promoting peace and security was "the biggest challenge in the region".

"That is why the countries in the region are paying particular attention to this issue in order to achieve economic and social development," he added.

During their discussion of the problems affecting the Sahel-Sahara region, including those related to security, illegal immigration and capital flight, the participants underlined the important role that CEN-SAD can play in the sustainable development of the region.

They also mentioned the close relationship that exists between security and economic and social development.

In Mezouar's view, the policy of the Sahel-Sahara Bank for Investment and Commerce (BSIC) must be reconsidered in order to support the community's efforts to boost development and its relationship with potential investors in the region.

To achieve these goals, the Moroccan minister called on the organisation to adopt a strategy covering the countries most affected by security issues. "This strategy should be backed by robust and structured CEN-SAD bodies such as the Peace and Security Committee and the Sustainable Development Committee," he said.

The countries in the region have no choice and should pool their efforts to address the major challenge of security and the threats that they face, political analyst Jamal Farhane told Magharebia.

"It is essential to develop a joint strategy encompassing several aspects including development, which will require closer economic and trade cooperation," he said. He added that there was a need for all social issues such as youth employment to be examined jointly.