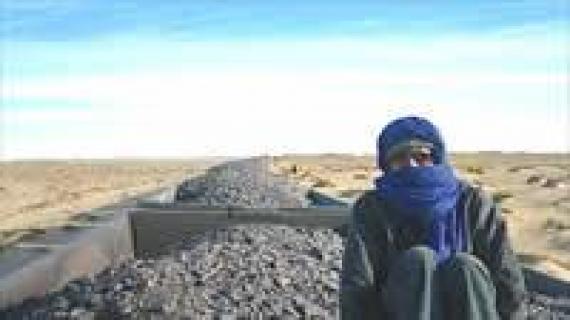 A recent incursion of Polisario fighters into Mauritanian territory adds to the current unrest and provides a catalyst for further violence in the Sahel-Sahara region. Armed elements of the Algeria’s based Western Sahara Separatist group Polisario Front have prevented the Mauritanian mining company “Trading International Mauritania ‘” from conducting excavations in an area 40 miles north of the Mauritanian city of Zouerate, the well-informed Mauritanian News Agency ALAKHBAR reported.

Citing Police sources, the Nouakchott based website confirmed that Polisario fighters insisted that the area in question belongs to the self-declared Sahara Republic and therefore Mauritanians have no mining rights in the region. Zouerate is a major Mauritanian hub for iron and other precious minerals and a significant source of revenue for the cash-strapped North African nation.

In chasing Mauritanian mine workers from a zone that is internationally recognized as Mauritanian territory, the Polisario Front illustrates how a new “Saharawi entity” will develop into a destabilizing factor in an already volatile region.  This incident coincides with a rapprochement between Mauritania and Algeria’s rival Morocco.

The Algeria based Polisario has a history of bullying Mauritanian authorities. With strong ethnic and historical links between Sahrawi tribes from the Moroccan and Mauritanian Sahara, several of the Polisario fighters who joined the Algeria sponsored separatist movement are in fact originally Mauritanian and tend to harass the vulnerable Mauritanian forces for what the Polisario perceives as Nouakchott pro-Moroccan positions.

This incident is significant given the ongoing combats in Northern Mali between French troops and Islamist militants. Mauritania is a fragile nation susceptible to regional events especially in Morocco, Algerian and Mali. The Polisario leadership, aware of Mauritanian preoccupations with the conflict in Mali, realizes that Nouakchott is in no position to defend its long borders with the no-man land in the Weston Sahara.

Hostilities on a new front in the Sahara will be detrimental to the American and European efforts to root out terrorism in the Sahel. Polisario aggressive postures toward Mauritanian and its “sprawling territorial aspirations” should be a source of concerns   for the world community.

Mauritania, which suffered in the past from attacks perpetrated by terror groups associated with The Al-Qaeda in the Islamic Maghreb, will collapse if confronted with a major security crisis. In fact, Nouakchott stayed out of the fighting in Mali to avoid a spillover of hostilities to its territory. An uptake of the Algerian controlled Polisario provocations in Mauritania will exasperate the delicate security situation in Mauritania and will threaten the European mission in Mali.