Situation of human rights in the Moroccan Sahara: Withdrawal of amendments to the draft European report 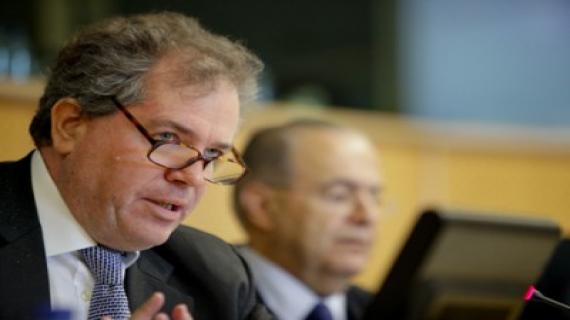 These amendments have to change the orientation of the draft report on the situation of human rights in the Moroccan Sahara has been a “record number of consensual amendments in the European Parliament,” said the statement on Wednesday after the regular session of the EU-Morocco Joint Parliamentary Committee, dedicated to the evaluation of the work of the fifth annual session of the Commission held on 18 September in Brussels.

"The draft final report adopted by the Foreign Affairs Committee of the European Parliament (EP) is the antithesis of the draft presented by the European rapporteur Charles Tannok," said the source, adding that it was made possible thanks to the joint efforts of parliamentary diplomacy and public diplomacy.

The members of the Commission also discussed during the meeting, the action strategy for the next period to counter lobbies enemies of the territorial integrity of the Kingdom within the European Parliament, before the final vote on the draft report by Charles Tannok during the EP plenary session held on 24 October in Strasbourg.

The fifth annual session of the Morocco-EU Joint Parliamentary Commission adopted a series of recommendations to be submitted to the Council of the EU-Morocco partnership, referring to “advanced regionalization”, “regional integration and political reforms’ “dynamics and integration”, “sea fishing and navigation”, “agriculture”, “energy, scientific research, SMEs and job creation.”

Translated by: Polisario Threat in the Desert