Situation in the Polisario-run camps, a breeding ground for terrorists: expert 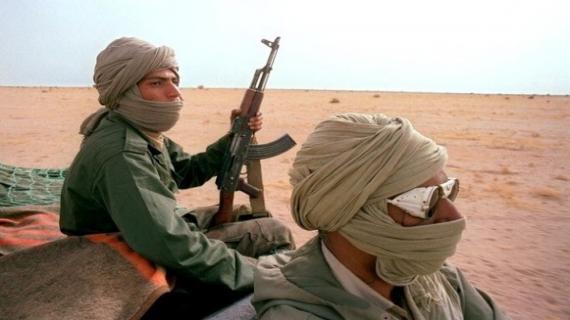 Weapons, human trafficking, political unrest, the activism of Al Qaeda’s affiliates, and the presence of the violent Polisario front (southwestern Algeria) are turning the North Africa region into “a breeding ground for new generations of terrorists”, writes the US “Washington Post” daily.

In an article titled “North Africa: Breeding grounds for terror”, the paper writes that “President Obama and his critics agree that North Africa has become a hot spot for terrorism.”

“In a region awash with weapons, human and drug trafficking and political unrest, al-Qaeda’s local affiliates, especially al-Qaeda of the Islamic Maghreb (AQIM), are flourishing. Throw into the mix the violent separatist Polisario Front, which seeks independence for the Western Sahara while maintaining squalid refugee camps in Algeria, and you have a breeding ground for new generations of terrorists”, the story authored by Jennifer Rubin states.

Quoting authors of a recently released book “Perilous Desert: Insecurity in the Sahara”, the story noted that “most regional and Western defense strategists agree that urgent efforts are needed to address the frozen conflict in the Western Sahara” and, therefore, cut “organized criminal activity in the Sahel and the growing reach of Al-Qaeda in the Islamic Maghreb (AQIM)”.

The Washington Post also relays concerns of the UN Secretary General, who recently “warned about the vulnerability of some of the Sahrawis in the Polisario-controlled refugee camps in North-West Algeria to radicalization and terrorist infiltration.”

“All governments consulted raised serious concern over the risk that the fighting in Mali could spill over into the neighboring countries and contribute to radicalizing the Western Saharan refugee camps,” Ban Ki-moon said in a report to the 15-nation Security Council.

The paper underlines that terrorism and transnational crime are “operating in the region’s most fragile states, exploiting widespread corruption, weak government capacity, crushing poverty, and entrenched social and ethnic tensions. The unrest spills over borders and aggravates protracted regional crises.”

Describing the situation in the region as a “ticking time bomb”, the story goes that “organized criminals and extremist groups will continue to exploit the fragility of states, frozen conflicts such as the Western Sahara, and the lack of regional security cooperation”.

It also notes that “the great powers, including the United States, dread the prospect of the creation of another weak state”, arguing that “fragile and failing states pose real threats to international security”, “are ideal locations for radical, violent organizations to recruit disenfranchised and alienated youth” and “can exacerbate protracted regional crises and reignite violent conflicts”.

The book, published by the Washington-based think tank “Carnegie endowment for international peace,” warns of increasing inroads by al-Qaeda in the Islamic Maghreb (AQIM) and its allies in terrorism and trafficking across the Sahara/Sahel region, including in Libya, Mali, Mauritania, and the Polisario-run refugee camps near Tindouf in Algeria, which represent “a tinderbox waiting to explode.”

According to the authors, north Africa experts Frederic Wehrey and Anouar Boukharst, “while the world’s attention was fixed on the momentous events in Tunisia, Egypt, and Libya after the outbreak of the +Arab Spring+, the desert states to the south were undergoing their own transformations with major global implications.” Although “long overlooked by policymakers and scholars,” the “states of the Sahara suffer from a ‘perfect storm’ of afflictions — weak governance, rampant corruption, endemic poverty, ethnic and societal cleavages, and inaccessible terrain — that give room for transnational crime and Islamist militant groups to proliferate and flourish.”

The recent “series of high-profile events,” including the murder of a US Ambassador in Libya, French intervention after the al-Qaeda-backed conquest of N. Mali, and hostage seizure and shootout at the Algerian gas facility, “point to a new front in the struggle against al-Qaeda — what some have called ‘an arc of instability’ stretching from Western Sahara to Somalia and north into the Sinai.”

The book provides an “in-depth analysis of the factors shaping the Sahara” — with chapters on Libya, Mali and Algeria, Mauritania, organized crime in the Sahel, and the Western Sahara conflict — all of which contribute to increased instability and insecurity that “raises urgent concerns for the broader Sahara and the West.”