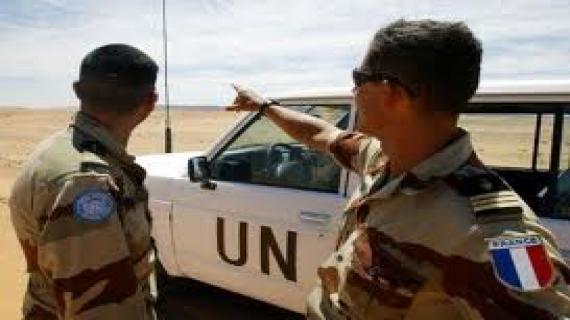 Rabat: 11 NCOs and enlisted men of the Royal Armed Forces were presented under arrest, to the prosecutor from the permanent military court in Rabat.

Royal Gendarmerie serving as military police, brought to justice 11 soldiers of the Royal ArmedForces (FAR) of different grades under arrest.

According to the Arabic daily Assabah, 11 Moroccan soldiers are being prosecuted for misconduct and violation of military regulations, after their 'lack of awareness', five Polisario separatists , managed to infiltrate the neighborhood General MINURSO,last week end ,bringing threats to physical integrity and security to the UN peacekeepers and administrative frameworks of MINURSO, stationed at  the said headquarters which is located 12 km from the city of Smara.

The 11 military reported the same source, were remanded to the military wing of the Sale penitentiary.

Note that in a recent report published yesterday, Monday, in New York, Ban Ki-Moon has expressed concern about the safety of military and civilian personnel of the United Nations efforts in the Sahara and inthe  Algerian camps of the Polisario.