Smara: The British embassy listens to the people in the Sahara 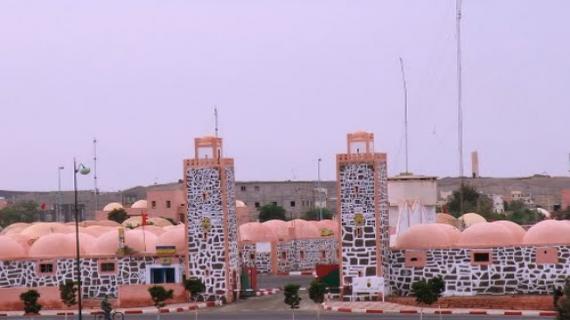 Hugh Clearly, a member of Rabat’s British Embassy’s Political and Communication Team, arrived on Tuesday February 12th, in Smara city in the south of Morocco. The visit was the first visit of its kind by a British diplomat to the region to meet the governor, the representatives of the local people and activists of civil society.

During a meeting that lasted for more than two hours, the British diplomat had the opportunity to listen to the native people and their representatives to learn their concerns, their ideas, their suggestions and their recommendations as far as the issue of the Sahara is concerned.

“I came here with my eyes and ears in order to listen to you and come out with a clear idea about the actual situation in the region, as it is important to have a sense of reality and a direct contact with the local people,” Mr. Clearly told the audience.

He added that his mission aimed to gather information about things as they are in the region because the “Ambassador seeks to remain well informed about the situation in the region.”

In his welcoming speech Mr. Mohamed Salem Sabti–Smara’s governor–reminded the British diplomat of the efforts that have been made by the kingdom and the local authorities to achieve sustainable development. He mentioned the huge projects that are now underway to better people’s lives at the political, economic, culturally, and, most importantly, at the social level.

The floor was also open to the representatives of the local population, members of civil society and human right activists who expressed their views, their concerns and their aspirations regarding the future of the this region.

All the participants emphasized the importance of the role that Britain should play to find a long-lasting and mutually acceptable solution to the Sahara issue.

They also considered Morocco’s proposal to grant the autonomy to its southern provinces as the best solution that would enable the Sahrawi population to run its affairs under Moroccan sovereignty.

Participants also seized this opportunity to shed light on the suffering of the population living in the camps of Tindouf under tragic, inhuman and unacceptable conditions. In this context they urged the British government to help the Saharawis free their families and lift them out the camps, where many of them are subjected to slavery and torture at the hands of the Polisario. The leaders continue to exploit the situation amid silence and the indifference of the international community.

Mr. Clearly had the chance to hear representatives of Sahrawi women who painted a picture about the condition of women today in the Sahara. They pointed out that they “Enjoy prosperity, welfare , education, human rights and participate side by side with men to manage their public affairs and contribute in achieving social, economic and cultural development both at the regional and national levels.”

The representatives of local youth from teachers and scholars urged the British diplomat to strengthen the cultural and educational ties between the British embassy, its cultural council and the population of the region and create some cultural and language centers to encourage the teaching and the learning of English language in the fields of education and culture.