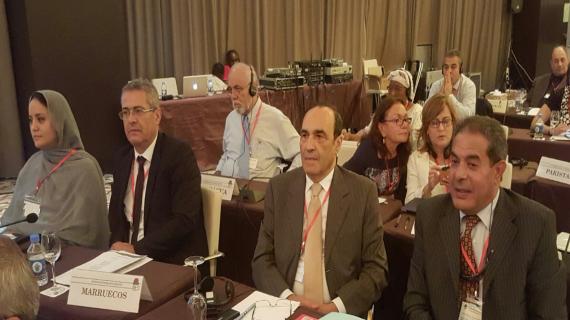 The Polisario has suffered another setback during a meeting of the Socialist International (SI) held last Friday and Saturday in Luanda, Angola.

At the initiative of the delegation of the Moroccan Socialist Union of Popular Forces (USFP,) SI definitively broke with the Polisario’s separatist thesis and deleted any reference to the African Union in its Final Communiqué, reports the USFP daily Libération.

The USFP delegation to the SI meeting, led by Habib El Malki, has thus scored points and inflicted another defeat to the Polisario.

The USFP success is the result of the party’s contacts with Angola’s ambassador in Rabat, Benigno Vieira Lopes de Oliveira, as well as with the Chairman of the Socialist International Africa Committee, the Beninese Goulou Emmanuel, and with the heads of the European, African and Latin American delegations attending the Luanda meeting.

The USFP delegation managed to convince the president of the SI Africa Committee, Emmanuel Goulou, to delete in a draft resolution, submitted by the representative of the African National Congress, a paragraph on self-determination, to change “a fair solution’ by “a political solution” and to remove any reference to the African Union in the section on Western Sahara in the Final Communiqué.

The Final Communiqué distributed to delegations by the SI secretariat was consequently entirely consistent with the suggestions of the USFP delegation.

The Polisario representative tried hard to introduce an amendment to the final text, but the SI Secretary General, Luis Ayala, rejected the request as observer members do not have the right to submit draft resolutions or amendments.

The “Luanda Declaration,” passed unanimously, marks thus a definite break of the Socialist International with the Polisario’s separatist thesis.

In the “Luanda Declaration,” the SI Council has, however, urged the UN to carry on efforts for a political solution to the Sahara issue in accordance with the Security Council resolutions and called on Morocco and the Polisario to resume direct negotiations, as required by the UN Secretary General Ban Ki-Moon.