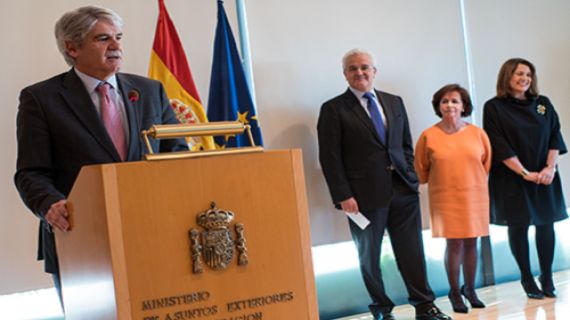 Spain "has not changed its position" on the Sahara issue and reiterates its "full willingness" to continue its efforts to contribute to developing the strategic relations between Morocco and the European Union, Spokesperson of the Spanish Ministry of Foreign Affairs and Cooperation, Ana Rodriguez, said.

In a statement to MAP on Monday, Ambassador Ricardo Díez-Hochleitner of the Kingdom of Spain in Morocco highlighted the spokesperson's statement about "the importance of Spanish-Moroccan relations" following information published on the Madrid position on the Sahara issue.

In this respect, the spokesperson stressed that Spain "advoactes for a just, lasting and mutually acceptable political solution within the framework of the relevant resolutions of the UN Security Council", the Spanish ambassador to Spain in Rabat pointed out.

The Spanish diplomat said this afternoon that Ana Rodriguez "emphasized, on behalf of the Spanish Government, the determination of Spain to maintain and develop its privileged relationship with the Kingdom of Morocco".

Díez-Hochleitner stressed "the full willingness of the Spanish Government to continue its efforts to contribute to developing the strategic relations between Morocco and the European Union".

"The Spanish government supports the ongoing technical talks between EU officials and Morocco to agree on the best way to implement the EU Court's verdict of 21 December 2016”, the same source added.