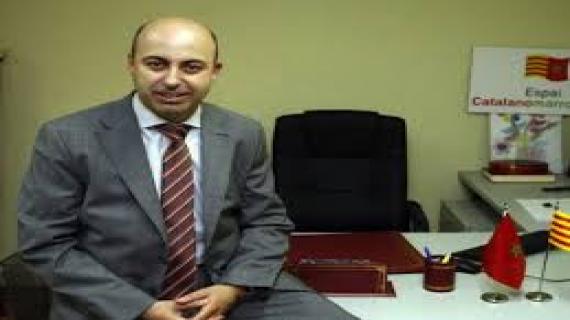 Spanish authorities on Thursday expelled Noureddine Ziani, a Moroccan who heads the Union of Islamic Cultural Centers in Catalonia, for allegedly supporting Catalonian separatists in the country.

Earlier this week, the leading Spanish newspaper, El Pais reported that, Félix Sanz-Roldán, CNI director had filled a complaint against Noureddine Ziani in which he requested his deportation.

The CNI director listed the following allegations in his complaint against the Moroccan agent:

- Working for foreign secret services since 2000

Ziani was allegedly notified of CNI director’s decision to expel him on Friday, May 3, by the Provincial Brigade of immigration. He was subsequently detained for one day in a police station in Barcelona.

The decision taken by CNI director had irritated Catalonian nationalists who described it as a “CNI maneuver”. “We are outraged by this new maneuver undertaken by CNI,” stated Angel Colom, Secretary of the Democratic Convergence of Catalonia (CDC) and director of the “We Catalans” Foundation.

“We Catalans” has seemingly rebelled against the decision of the CNI against Noureddine, probing its agenda: “Why is the CNI expelling Noureddine Ziani? Does it intend to intimidate those immigrants who are in support of Catalonia’s sovereignty?” questioned the foundation in a press release.

Ramon Tremosa, a European MP from the Catalan party Convergencia I unio (Convergence and Union) said on Sunday he intended to submit “question-complaint” to the European Commission against the expulsion of Noureddine Ziani, according to Spanish news agency EFE.

“There is no evidence to substantiate the allegations” against Ziani, he was quoted as saying.