Spain: Polisario officials summoned to court on charges of torture and crimes against humanity 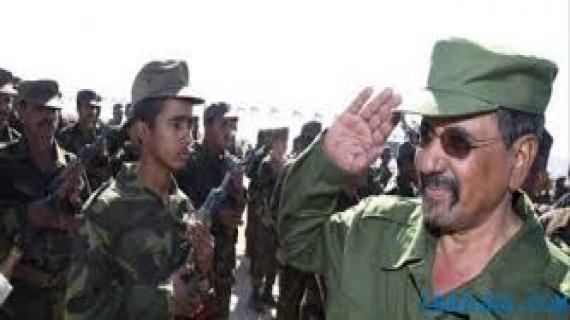 The exceptional political, economic and diplomatic relations between Morocco and Spain, reinforced by the recent visit of king Juan Carlos to Morocco, and the convergence of views of Morocco and Spain concerning a number of regional and international issues should certainly worry and haunt the Polisario and its traditional backer, Algeria. These relations should become stronger after the king Mohamed VI facilitated the fishing agreement between Morocco and the European Union and pardoned, on the occasion of the Throne Day, 48 Spaniards imprisoned in Morocco.

Civil society in Spain should appreciate Morocco’s measures to support Spain in its severe economic crisis. After all, politics is all about interests and Polisario members who used to roam about freely in Spain may now be arrested, especially after the revival of a complaint of genocide and violations of human rights filed against them at the National Court of Madrid by some Sahraoui victims. The court, which is Spain’s highest criminal court, will convene on August 12 to listen to the victims.

The complaint was filed on December 14, 2007 and it was ruled admissible by the court. The complaint accuses Polisario security officials and the Algerian army of “genocide, torture, forced disappearances, illegal detention and serious violations of human rights.” Thus, the purpose of filing this complaint is that “justice be made” and the perpetrators of crimes “pay for their dastardly deeds,” said Dahi Aguai according to MAP news agency.

The court’s revival of this file and its notification to the victims are proof that Spanish justice is determined to move forwards in pursuit of the perpetrators of crimes against humanity in the Tindouf camps. The president of the Association of the Missing in the Polisario Camps Mr. Dahi Aguai said that he held a meeting with a Spanish lawyer in Jerez de la Frontera, in Southern Spain, in order to prepare the case and ensure that the accused, who are in Spain, cannot leave Spanish territory. The judge of the National Court handling the case has recently asked the Spanish police to locate the persons concerned and report them to the court.

Of the 29 accused, these include ex-representative of Polisario in Spain, Brahim Ghali, (now in Algeria), the ‘minister’ of information of the so called SADR, Sid Ahmed Batal, the ‘minister’ of education, Bachir Mustapha Sayed, and the current Polisario representative in Spain, Jandoud Mohamed. Also on the list is the former representative of the Polisario in the Canary Islands, Mohamed Luchaâ, who recently died in Las Palmas. The so-called ‘minister’ of the colonies, Khalil sidi Mhamed, and the current coordinator with MINURSO and former director general of military security, Mohamed Khaddad are also on the list.

It should be noted that the Polisario, which started recently using the issue of human rights against Morocco supported by several one-sided human rights organizations, including Kerry Kennedy’s RFK Center, witnesses the worst violations of human rights. At the time of writing these lines, the Sahraoui activist Mustapha Salma Ould Sidi Moloud is still protesting in front of the High Cmmissioner for Refugees office in Nouakchott, Mauritania after a month of hunger strike to join his family and children that he hasn’t seen for approximately three years. The charge against him is his free expression of support of the autonomy plan presented by Morocco to solve the conflict for good!