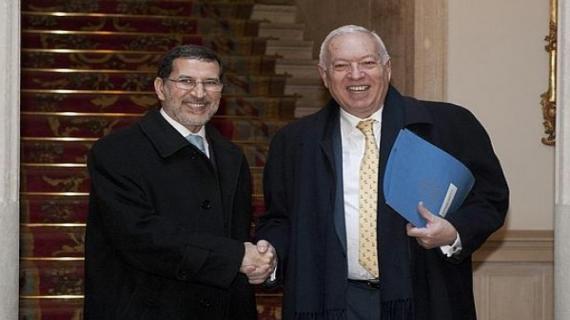 According to the Spanish leading newspaper El Pais, Spain does not believe that the draft resolution presented by the United States to the Security Council to include a human rights monitoring mechanism in the Sahara, will pass the stage of negotiations among the Group of Friends of the Sahara.

“Inside the Group of Friends of the Sahara, Spain made it clear that this initiative is non-viable,” reported the Madrid-based daily in its Saturday’s edition.

Although it is not a member of the Security Council and would not vote in the event a draft resolution is formally presented by the US, Spain is an influential member of the Group of friends, which includes the United States, France, the United Kingdom and Russia.

According to the same source, Spain is of the view that since the Sahara conflict is dealt with under Chapter 6 of the UN Charter, it would be better not to embarrass Morocco with such a resolution.

In accordance with the United Nations Charter, the provisions of a Security Council resolution adopted under Chapter 6 of the treaty cannot go into effect without the concerned country accepting to abide by them.

On Friday said it was working on modifying the text presented by the US.

“It (modifying the text) is one of the possible options and the object of discussions taking place,” French Foreign Ministry spokesman Philippe Lalliot was quoted by Reuters as saying.

“We are not at the stage today to say whether we will vote for or against it,” he added.