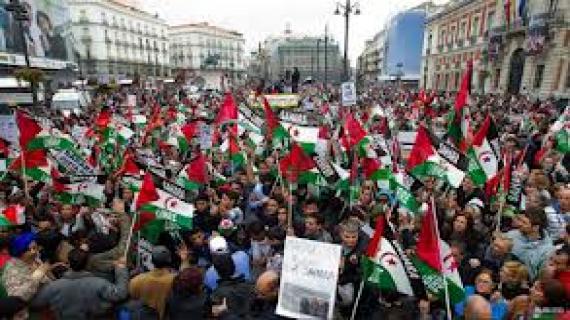 Pro-Polisario associations in Spain are taking benefit of tax-payers’ money and prefer to protract the Sahara dispute, writes Spanish authors José Maria Lizundia, in a new book on the Sahara issue.

The book, titled “El Sahara, perspectiva de revision” looks into various aspects of the Moroccan Sahara issue, particularly Spanish defenders of the Polisario, and states that these associations which collect considerable amounts of money are using the tax-payers’ money for politician and ideological ends”.

They are not after humanitarian solidarity, but rather after ideological and politician solidarity, he denounces in this book presented Tuesday in the Canary Islands”, deploring that these association seek to perpetuate a situation where the only victims are the Tindouf camps population, rather than seeking a realistic solution.

He also notes that the argument of a Spain’s “historic debt” to the Sahara is a fiction on which is based the Spanish solidarity with the Polisario.

For this author, born in 1951 in Bilbao and settled in Tenerife, Spain has not forsaken what is called “the Sahara people” and does not have any duty to defend this territory.

According to this author, the military officers who support the Polisario are often past nostalgic who have served under Franco’s dictatorship.

The book also lashes out at the Polisario’s stubbornness, arguing that the referendum claimed by the Polisario and advocated by these associations despite the fact the UN rules that it is not feasible, is no longer an option, since it proved impossible to define the electorate eligible to take part in the voting.

The author is a lawyer and member of the Canary Islands writers’ association.