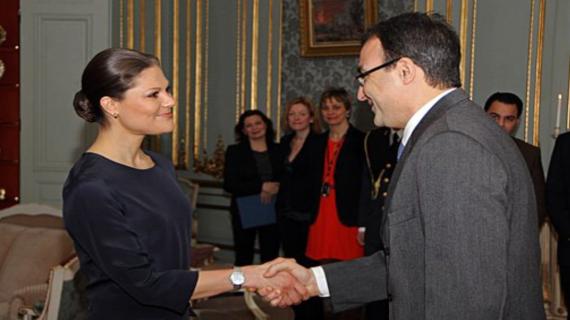 Speaker of the House of representatives, Karim Ghellab, said Thursday in Stockholm, that most Swedish political parties support UN efforts for the settlement of the Sahara issue and do not recognize the so-called Sahrawi republic.

Ghellab told MAP following a three-day visit to Sweden at the invitation of his Swedish peer that he informed his Swedish interlocutors of the Moroccan stance on the Sahara issue.

He added that his meeting with persons who back Morocco’s enemies showed that  “enemies of Moroccan territorial integrity have influenced some political parties and parliamentary groups, which resulted in wrong ideas and impressions about this cause.”

These persons were officially invited to visit morocco, particularly the southern provinces, said Ghellab who stressed that he drew attention to the plight experienced by persons sequestered in the Tindouf camps, particularly restrictions to the freedom of expression and movement, aid embezzlement, in addition to the links existing between some individuals living in the camps and terrorist groups in Mali.

He added that during these meetings, the Moroccan  MP delegation insisted on the legitimacy of Morocco’s presence in the territory and evoked how the Kingdom is endeavouring to reach a final solution through an autonomy plan for the Sahara, under Moroccan sovereignty.

The Moroccan MPS also cited the ongoing reforms in Morocco which has opted for a model combining stability and developing the democratic system through constitutional amendments and deep political changes.

At the economic level, he said talks tackled energy promotion, particularly eco-friendly renewable energies, the investment atmosphere in Morocco as well as various strategies adopted by the Kingdom to spur SMEs, ecology, fisheries, and tourism.

The MP delegation was also received by crown princess Victoria of Sweden with whom they highlighted the depth of Morocco-Sweden ties, he said recalling that this visit coincided with the 250th anniversary of the peace, trade and navigation treaty signed on May 16, 1763 between the two countries under the reign of the Sultan Mohammed Ben Abdellah and king Adolph Frederic.