Tensions escalating between Morocco and Algeria over the Sahara 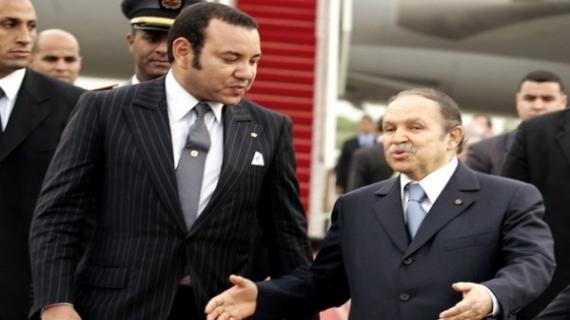 In a speech read on his behalf by the justice minister, Algeria’s ailing President Abdelaziz Bouteflika had said an international mechanism to monitor human rights in the disputed territory was needed “more than ever.”

Bouteflika referred to what he called “the massive and systematic human rights violations that take place inside the occupied territories to suppress the peaceful struggle” of the Sahrawis for freedom of expression and association.

“The affirmations of the Algerian President show (…) the great weakness of a regime that is conscious of the unsustainability of its anachronistic position on the Sahara issue,” said MAP on Tuesday.

On Saturday, the Istiqlal Party had provoked Algeria, which backs the  pro-independence Polisario Front, by asking the government to officially retrieve Eastern Saharan territories, including Tindouf and Colomb Bechare, which before the French colonization belonged to Morocco. It also asked for the issue to be on the agenda of the UN’s Fourth Committee in charge of decolonization.

On Tuesday, Algerian Foreign Minister Ramtane Lamamra called on Morocco to show  restraint, saying “this incident, as well as the outrageously expansionist  statement by the leader of a Moroccan political party, are totally unacceptable and irresponsible.”

On his part, Algerian Ministry Foreign Affairs Spokesman Amar Belani referred to this altercation by saying: “Algeria will not react to the frivolous and irresponsible provocations. We keep all the serenity that comes with defending just causes and international law, far from this medieval Moroccan party’s schizophrenic and unacceptable belching, and whose platform is inspired by a totally obsolete expansionism.” He reaffirmed his country’s will to lobby for a UN mechanism to monitor human rights in the region.

The harsh words exchanged by the North African arch-rivals indicate that the neighbors’ relationship is far from being that of brotherly countries that share not only borders, but a common history, culture, religion and language.

In his first address before the parliament since he was appointed Morocco’s Foreign Minister, Salah Eddine Mezaouar said on Tuesday that “Algeria tries its best to stall the negotiation process advocated by the United Nations and focuses on marginal elements by means of using human rights in international fora.”