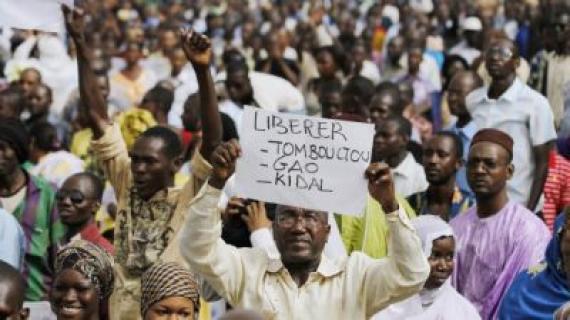 "Today, Morocco expresses support for Mali to restore constitutional order and respect for its territorial integrity and independence against the separatist movements that threaten the stability and the security of the states of the Sahel, West Africa and the Maghreb, " the minister said on the sidelines of a UN debate held under the theme "comprehensive approach to counterterrorism".

The international community is facing "a worrying situation in Mali, where jihadist movements have attacked an entire country by destabilizing it", he said, stressing the need to implement a multidimensional approach to address the different challenges in the fight against terrorism.

This approach should involve not only "security aspects but also the promotion of economic and social development," said Mr. Amrani, adding that the latter "creates opportunities to stabilize the population and promote growth."

Expanding the scope of liberties and the promotion of democracy, intercultural and inter-religious dialogue are efficient counter-terrorism measures, the Moroccan diplomat said.

Amrani met with a number of representatives of countries participating in this high-level meeting held at the request of Pakistan which holds the presidency of the Security Council for the month of January.