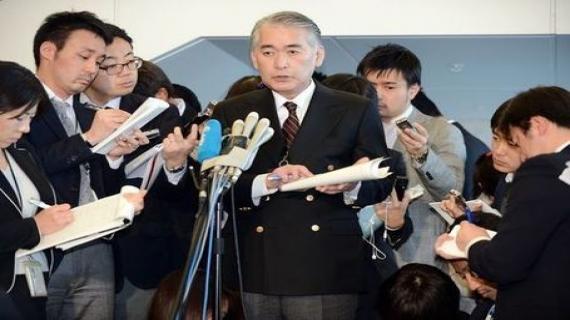 Islamists holding foreigners hostage at a gas plant in the Algerian desert executed nine Japanese captives during a 72-hour stand-off with the military, Algerian witnesses said on Sunday.

“In all nine Japanese were killed,” one witness identified as Brahim told AFP a day after special forces swooped on the In Amenas facility to end the deadly siege.

In Tokyo, a foreign ministry official said: “We are in a position not to comment on this kind of information at all. Please understand.”

The first three were killed after they tried to escape from the bus that was carrying them to the In Amenas airport, in the initial moments of the crisis, when Al-Qaeda linked militants attacked at dawn on Wednesday, the witnesses said.

“We were all afraid when we heard bursts of gunfire at 5:30 am (0430 GMT) on Wednesday, after we realised that they had just killed our Japanese colleagues who tried to flee from the bus, and whom they had taken to another site,” said Riad, who worked for the Japanese engineering firm JGC.

The gunmen, carrying nail-wrenches, then took the others, who were aware of all the safety procedures, to the Japanese rooms at the residential compound, where they had seized hundreds of hostages, said Riad.

“A terrorist shouted ‘open the door!’ with a strong north American accent, and opened fire. Two other Japanese died then and we found four other Japanese bodies” inside the compound, he added, choking with emotion.

Afterwards, the survivors found the bodies of the three killed earlier near the bus, riddled with bullets, and Riad said he covered their faces.

The horrifying witness accounts come after Japanese Prime Minister Shinzo Abe said earlier on Sunday that he had received “severe information” when speaking by telephone to Algerian premier Abdelmalek Sellal about the end of the stand-off.

Abe spoke to French President Francois Hollande on Sunday and asked him to provide Japan with “information and other lateral support” on the Algerian hostage crisis, as “France has a deep relationship with Algeria”, Jiji Press reported.

JGC Corp said 10 of its Japanese and seven of its foreign workers remained unaccounted for but confirmed the safety of 61 of its 78 workers at the In Amenas facility.