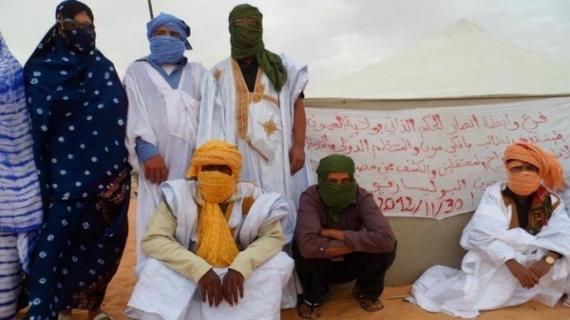 The distribution in the Tindouf camps of a document of the Forum of Support to Tindouf Autonomists (Forsatin) has alerted the Polisario leadership and their armed militias.

Dozens of young members of Forsatin have recently volunteered to distribute in the Tindouf camps leaflets calling to support the autonomy plan proposed by Morocco as a final political solution to the Sahara conflict.

As soon as the Polisario leadership got word of this pro-Moroccan campaign, they ordered the security services to conduct a sweep operation in the various camps in Tindouf to arrest the instigators and thus limit what they describe as the campaign’s collateral damage.

According to a member of Forsatin, an undetermined number of young pro-Moroccan Sahrawi activists were arrested at their homes at night by armed men. The young activists were hooded and driven aboard Pickups to an unknown destination far away from the Tindouf camps, the Forsatin member said.

Since these young people have been abducted by the Polisario armed militia, their families have not heard from them, which increases their worries as to the fate reserved to their children.

In the leaflets distributed in the camps, the Forum called all the Sahrawis living in the Tindouf camps to unite around the Moroccan autonomy initiative, as it is the only solution likely to restore and seal unity and reconciliation between the Sahrawi families and tribes.

The document also urged the Sahrawis in Tindouf "to turn their backs to the Polisario’s 40-year long obstinacy which entailed nothing other than division and separation."

The autonomy initiative "is the most realistic solution likely to meet our aspirations and at the same time to end our suffering as refugees" on Algerian soil, insists Forsatin president.