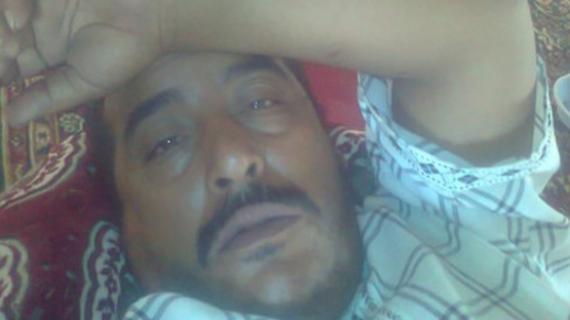 The Polisario and the Algerian intelligence services released on Sunday Saharawi artist, Allal Alnajem known for his opposition to the leaders of the separatist movement, sources well acquainted with the issue told MWN.

The same sources pointed out that the Saharawi opponent was subject to torture and is now in a “critical health condition”, adding that he was dumped in an area where he has no access to any means of communication.

The forum of Supporters for Autonomy Plan in Tindouf on Saturday informed in a communiqué, which was obtained by Morocco World News, that the artist Allal Alnajem was arrested by the militia of the Polisario leadership in the area near Tifariti, while protesting before the headquarters of MINURSO.

The communiqué informed that the artist,  Allal Alnajem, was arrested around twelve o’clock p.m on Saturday, and was taken to an unknown destination by a vehicle belonging to the Polisario leadership.

The kidnapped Sahrawi comedian was protesting in a “peaceful and civilized manner in the hope to make his voice heard by the UN envoy, Mr. Christopher Ross, who was in a visit to the regions.”

The leadership of the Polisario Front launched a campaign against individual freedom within the refugee camps, abducting people, which do not support the positions of separation, and who are trying to meet with the United Nations Secretary General’s Personal Envoy, Christopher Ross.

It is noteworthy that Allal is one of the activists that could have unveiled reality of the front leadership if he were allowed to meet Ross, because he holds a dossier burdened with massive violations of human rights to which himself was a victim.

The family of Allal condemned “the coward act of the militia of Polisario” considering it an “attempt to deny and blackout on the Saharouis living in Tindouf to voice their opinion about the policies adopted by the Polisario against those who call the legitimacy of its leaders into question.”

The communiqué issued by the family of Allal called on international organizations to “interfere in order to end their suffering and enable Allal and other silenced activists to express their opinions freely in order to serve the future of the Sahraouis living in the miserable camps.

“We, as members of the Forum Autonomy Plan Supporters, in Tindouf recall that Alnajim Allal had previously requested a meeting request to Mr. Christopher Ross. We also call on the UN envoy to intervene in order to locate the whereabouts of the artist, release him and enable him along with other Saharaoui activists to express their views freely away from the authority of the leaders of the Polisario” said the communiqué.