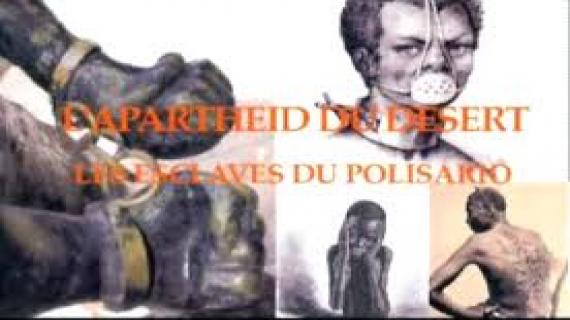 The group of torture victims who took part in the 2nd Moroccan-Italian cultural days held this November 14-16 in Rome, said they held meetings with Beat Shculer, officer at the legal section of the UN High commissioner for refugees (HCR), Antonio Marchesi, chairman of Amnesty International-Italy and Mario Lana, president of a human rights-advocacy association (UFTDU) to denounce “the appalling situation in the camps and the systematic and daily human rights abuses”.

Ali Najab, a former prisoner of war who was detained for 25 years in the prisons of Tindouf, together with 2,300 other prisoners of war, including 130 civilians, said he informed his interlocutors of the magnitude of torture and inhumane practices to which they were subjected.

Quoting a report of an international fact-finding mission dispatched by French Ngo “France-Libertés”, he noted that since Algeria was the first state to recognize the Polisario and provided it with weapons and military assistance, it is responsible for facts occurring on its territory, he added.

After explaining the deep and indelible physical and moral scars caused by torture, Najab called for shedding light on the destiny of scores of missing persons, particularly children who were abducted by the Polisario during raids on the cities of Tan Tan, Labouirate, Smara and other cities in 1979.

Chairman of the association of missing persons, Dahi Akai Ould Sidi Youssef, insisted that the polisario front torturers should be sued for crimes committed in Tindouf prisons.