Trial for genocide against the Polisario in Madrid: The European Parliament called for a “challenge” to Algeria on serious crimes Tindouf (Mustapha Salma) 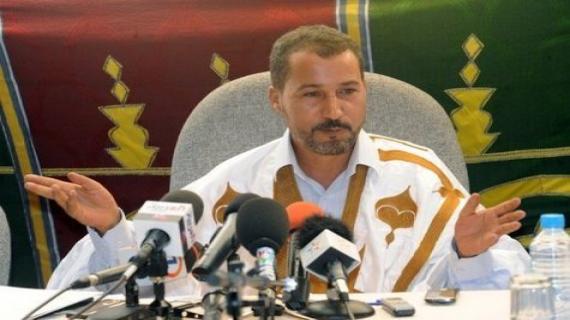 The European Parliament and the countries hosting the Polisario torturers are called to “challenge” the Algeria of serious crimes committed on its territory by Tindouf Polisario leaders, charged with genocide by the Spanish justice, said the Sahrawi Mustapha Salma Ould Sidi Miloud.

The prosecution in Spain of the Polisario leaders for “genocide and gross violations of human rights in Tindouf” requires of the African Union (AU) and the countries that harbor these torturers and international democratic institutions like the European Parliament to “review their calculations” and “challenge” of Algeria on the “serious” crimes committed on its territory against “unarmed innocent people,” for the simple reason of having shown opposite to the direction of Rabouni opinions, has Mustapha Salma said in a statement sent Tuesday MAP Madrid.

Reacting to the decision of Judge Pablo Ruz of the National Court in Madrid, Spain’s highest criminal court to accept the complaint, filed in 2007 by an NGO and Saharawi victims and audition August 12 two victims Dahi Aguai, president of the Association of Missing Polisario and Saâdani Malainine, daughter of the late El Wali Seikh Slama, and also call for the 16th of the same month two accused the Polisario, Mustapha Salma also called these countries and PE to “put pressure” on Algeria and the Polisario to “facilitate the work” of the Spanish justice and the accused do not go unpunished for their actions.

Polisario members charged were “self-incriminating”, deciding to flee the Spanish territory, after the presentation of the complaint to the court of Madrid, noted the Saharawi activist, referring to the assignment of Brahim Ghali from Spain to Algeria.

For Mustafa Salma, also a victim of violations of the Polisario leaders, Tindouf camps are a “closed to the prying eyes of the world reserves, and where the Polisario, with the support of the Algerian authorities imposed a leaden and established a police state similar to that which was in place in Eastern Europe at the time of the Cold War. “ The former inspector Polisaro who observed a sit-in in front of the representation of the High Commissioner for Refugees (UNHCR) in Nouakchott to regularize the situation, including the right to join his family, revealed, in this regard, that the populations of Tindouf have been all forms of human rights violations and abuses by security services Polisario, noting that any Sahrawi, whatever his rank, is imprisoned in different jails Polisario they express a contrary view in this direction. some victims “still had the legacy of atrocities,” he said, calling on the Algerian authorities to “adhere to international efforts to respect for human rights” and “respect” the victims surrender of accused to justice so that, he said, Algeria does not become “a haven for fugitives.”

To remind that the lawyer Sahrawi victims had recently said in an interview that the MAP decision of the Spanish court to accept this complaint was a “major setback” for the separatists and ended decades impunity.

In testimony before the judge on August 12, the victims described the ordeal they have lived in the Tindouf camps and the worst suffering under the orders of the Polisario and its acolytes, the lawyer said, adding that Aguai Saadani and recounted in detail the inhuman conditions in which they lived in the Tindouf camps and practices of torture they suffered and they keep serious sequelae.

Of the 29 defendants named in the complaint, are also Brahim Ghali, the so-called “minister” of information from the nickname “SADR” Sid Ahmed Batal, the allegedly “Minister of Education”, Bachir Mustapha Sayed, and the current representative of the separatists in Spain, Jandoud Mohamed. Also on the list the former representative of “Polisario” in the Canary Islands, Mohamed Luchaâ recently died at Las Palmas.

The so-called Khalil Sidi Mhamed, nickname colonial minister, and Mohamed Khaddad, current coordinator with MINURSO and former director general of military security, will also answer for their crimes before the Spanish court for torture against people in camps Tindouf.