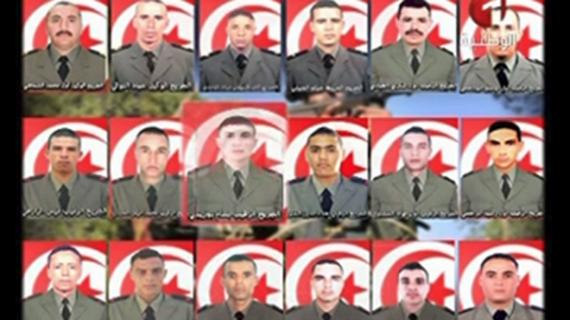 Algerian security sources announced to the Tunisian radio station of Mosaique FM that a very dangerous Algerian terrorist, named Abu Abdulrahmen, could be behind the attacks committed against the Tunisian military forces at the Chaambi Mount.

These sources stated that the blitz that rocked the Chaambi mountain closely resembles the strategies adopted by Al-Qaeda in the Islamic Maghreb and that these armed groups could probably be preparing for additional terrorist attacks on the Tunisian territory, targeting state institutions, politicians, intellectuals and tourist areas.

The same sources confirmed that Abu Abdulrahmen, suspected to be the leader of the terrorist groups in the region, has close ties to the Emir of Al-Qaeda, Abdelmalek Droukdel. They asserted that terrorists have existed in Mont Chaambi since a long time ago as the area is considered to be Al- Qaeda’s base which they use to travel to Mali, Algeria and Libya and transport guns illegally. They also believe that their recently carried out operation is actually Al- Qaeda’s response to the Tunisian participation in the fight against terrorism.

A few hours ago, Mosaique FM ratified that a trustworthy source said that the Algerian authorities are studying the possibility of closing the Tunisian-Algerian provisional land borders following the events of Chaambi Mount. This decision intends to fight against the active armed groups in the region, and to protect both Algerian and Tunisian citizens from further bloody clashes.

Security meetings were held following the late incident that took the lives of 8 young Tunisian commandos in an attempt to investigate the possibilities of tracking terrorists crossing borders from Tunisia to Algeria. This is to note that presently, the Tunisian-Algerian border is swarming with upwards of 7.000 Algerian Military officers.