TWO Ngos warn in Geneva on danger of lawlessness in Tindouf 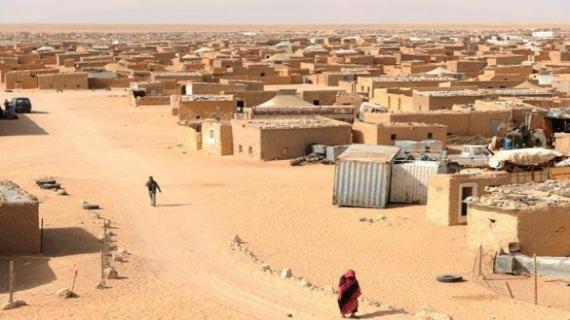 Geneva – Two international non-governmental organizations have drawn attention, during a meeting of the UN Human rights council in Geneva on the danger of keeping a lawlessness zone in Tindouf, southwestern Algeria, deploring an “enduring disaster”.

During a plenary session of the council’s 24th session, the International committee for the respect of the African charter of human rights and the International agency for development called the UN human rights council to endeavor to conduct a census of Sahrawi population in the Polisario-run camps in Tindouf and secure them freedom of expression and movement.

Tolerating lawlessness zones, such as the one existing the Tindouf camps, is harmful to human rights and shows that terrorism is often closely associated with separatism, said Semlali Aabadila from the international committee.

The human rights activist called for larger involvement on the part of the international community to settle the Sahara conflict which “has serious implications throughout the region”, noting that the protracted deadlock and stubbornness are discouraging all good wills, although Morocco has proposed for negotiations an initiative to grant the region large autonomy.

In the same session, Yasmine Hasnaoui, member of the International Agency for development underlined that the depth and scope of Moroccan reforms in public policies governance cannot be denied, stressing that ongoing changes in the Sahara provinces are significant.

She noted, in this regard, the considerable headway made in the social well-being and reducing poverty and inequalities, as well as a positive record in security, life expectancy, education generalization, access to public services and housing.

Meanwhile, a few hundreds of miles away from the Sahara provinces, “a genuine human tragedy is unfolding with thousands of civilians taken hostages for decades.

The UN human rights council was called to offer to the Tindouf populations the possibility to return to their homeland, and enjoy a life of dignity after long years of sufferings and hardships

Algeria Is Responsible for Persistence of 'Suffering, Angst, and Pain' of Sequestrated Populations of Tindouf Camps - Human Rights Defender
04 June 2020