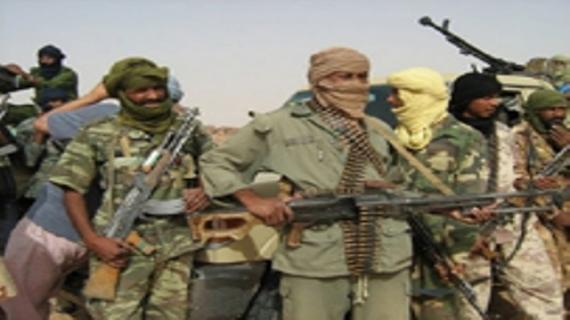 Two groups that fought in Mali earlier this year and carried out the deadly twin suicide bombings in Niger in May have become one to fight back against what they called the "crusader campaigns" of France and its allies against Muslims.

Three months after they carried out the Arlit and Agadez suicide bomb attacks together in Niger, the two groups, MUJAO and the Those Who Sign in Blood Brigade, have decided to make it official.

In press releases published by Mauritanian press agency ANI, the two groups say they are merging into a new one. They already had strong ties. Both are offshoots of al-Qaida's Algerian-dominated franchise in the Maghreb, AQIM.

ANI quotes one written statement as saying that the new group brings together fighters "from the Nile to the Atlantic" to fight what it called a "Zionist campaign against Islam and Muslims."

The new group pledged support for Islamists in Egypt and promised attacks against France and its allies as revenge for the French-led military intervention against the militants in northern Mali this year.

The militants named their group the "Mourabitounes," Arabic for the Almoravids, the Islamist Berber dynasty based in Morocco nearly 1,000 years ago that reached as far south as Senegal.

"It was these Berber armies from the Moor ethnicity in the Sahara that conquered North Africa and a part of southern Spain between the 11th and 12th centuries. In taking this name, the new group is drawing on that history and the role that dynasty played in spreading Islam into West Africa. The name also reflects the militants' desire to unite and regroup following losses in Mali," said Sambe.

"They are mindful of the fact that the regional dynamic in Libya, Mali and Egypt, and to a far lesser degree in Tunisia, is playing in their favor. If we look at statements by Ayman al-Zawahiri, the chief of al-Qaida core, the overall narrative is well, look, trying to engage in the political process, trying to engage in democracy, is futile as witnessed by the Muslim Brotherhood in Egypt, because a coup was launched to oust former president [Mohamed] Morsi. So, the hope is that this narrative, this rhetoric, will actually encourage disaffected, disillusioned frustrated youths who can relate to Islam, or be it a warped version of Islam, and that they will join their ranks," said Skinner.

Still, Skinner said the threat of asymmetric attacks in North Africa and the Sahel remains high in large part due to porous borders and ongoing instability in Libya.

Analysts say it is hard to know this new group's strength.

MUJAO, or the Movement for Oneness and Jihad in West Africa, broke off from AQIM in 2011, pledging to spread the fight farther south on the continent. MUJAO controlled the northern Malian town of Gao until French air strikes and ground troops pushed them out in January.

Former AQIM commander and wanted Algerian terrorist Mokhtar Belmokhtar founded his breakaway group, the Those who Sign with Blood Brigade, just before that French-led intervention.

The brigade carried out one of the most ambitious terror attacks the region has ever seen in January. Fighters raided a natural gas plant in Ain Amenas in eastern Algeria, taking 600 people hostage and ultimately killing at least 37. All but one of the dead were foreigners.

This new, merged group has not yet announced a leader, although Mauritanian press reports that it is not an Algerian.