UNSC resolution on Sahara, another political victory for Morocco, Head of Gov. 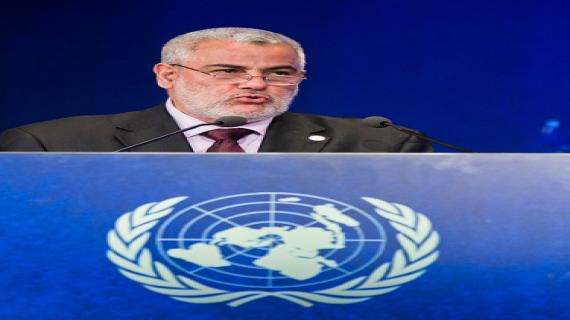 The resolution adopted unanimously on Thursday by the UN Security Council on the Moroccan Sahara is “another victory for Morocco at the political level,” said head of government, Abdelilah Benkirane.

Communication Minister and Government Spokesperson, Mustapha El Khalfi, who was speaking Friday at a press conference following the government’s weekly meeting, noted that  Benkirane commented, in the beginning of this meeting, on the decision of the Security Council regarding Morocco’s national cause, considering that the Kingdom “has achieved another victory on the political front, especially as the resolution did not contain any provision undermining the sovereignty of Morocco over the Sahara, and avoided any expansion of the MINURSO’s prerogatives to include the monitoring of human rights.

“Morocco is a pioneer in the field of human rights and respects international standards,” said Benkirane, stressing that “what has been raised in this regard is only a political manoeuvre to disrupt the process of negotiations which is conducted under the auspices of the UN, to solve this conflict that has lasted too long.”

He also welcomed the mobilization of all Moroccans under the leadership of King Mohammed VI, who made all the necessary efforts to thwart such a move, noting that the enemies of the country’s territorial integrity “need to know that this issue concerns the whole nation, and that they will never undermine our territorial integrity.”

Benkirane reiterated Morocco’s will to continue the process of “serious negotiations” under the leadership of King Mohammed VI, in order to find a lasting and mutually acceptable political solution to this conflict.