UNSG Involvement in the Region Should Be in Accordance with Neutrality, Impartiality Principles (CEN-SAD Defense Ministers) 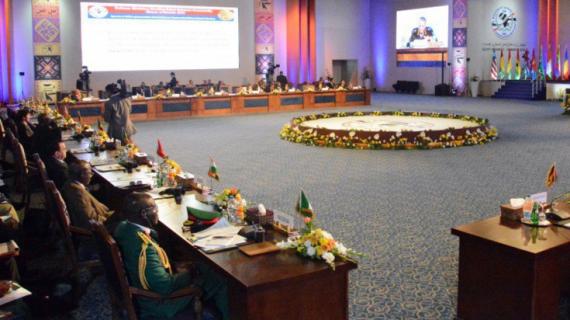 Sharm El Sheikh (Egypt) - The involvement of the UN Secretariat General in the region should be in accordance with the principles of neutrality and impartiality, the Council of Defense Ministers of the Community of Sahel-Saharan States (CEN-SAD) said Friday.

The secretariat General of the United Nations should act constructively in respect of its members and avoid counter-productive actions that threaten regional stability and security", the Council said in a report issued at the end of its two-day meeting in the Red Sea resort town of Sharm El-Sheikh.

In the "Sharm El Sheikh Declaration", the Council warned against all forms of political interference in the internal affairs of States or any support to separatist groups and other rebel movements in member countries.

They also decided to strengthen security at the borders between CEN-SAD member countries in order to "efficiently counter the threats of terrorism and transnational crimes".

The Conference of Defense Ministers discussed several topics, including the fight against terrorism in the Sahel-Saharan region, the legal and institutional framework of the Community's strategic plan for regional security and development, as well as a proposed protocol for the creation of a permanent council for peace and security.

The meeting also discussed strengthening military cooperation between member countries of the Community of Sahel-Saharan States.