Until the Ultimate Decision of the European Court, EU-Morocco Relations would be Inevitably Challenged (Minister) 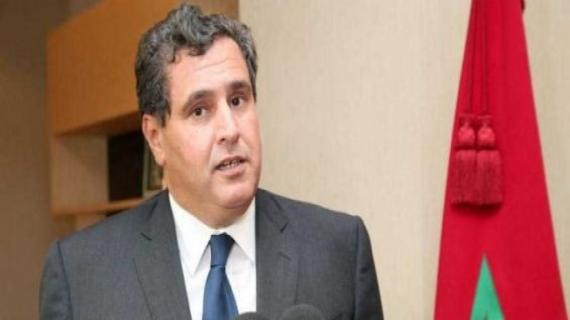 Until the ultimate decision of the European Court of Justice (ECJ), the EU-Morocco relations would be inevitably challenged, minister of Agriculture and Fisheries, Aziz Akhannouch, said.

The minister stressed that Rabat was "a kind of astonished" with the ECJ’s decision, adding that since then bilateral relations "have been witnessing some turmoil and difficult moments."

"Agriculture associations were very upset, and this can have a major impact on the future trade relations," Akhannouch noted.

The minister told EurActiv.com that ahead of the ECJ’s next ruling, Morocco and the EU were working “hand in hand” to better address the situation.

"Now we are working on a much more constructive mindset and we are still waiting the very important next decision of the ECJ," he said.

The minister stressed that despite opening up to other international markets, Rabat still considers the EU as a first market for its agricultural products. "The EU is a paramount partner," he said, adding that one should not forget that the EU and the North African country have a strong partnership in security, particularly on immigration.

Referring to the European Union Council’s appeal, he pointed out that several EU countries had supported Rabat, such as France, Germany, Spain, and Portugal.

"This is a major backup for us. We consider that the agriculture sector in all the regions, including Southern Morocco, is a major development factor we need in order to safeguard and preserve the standards of living of this population […] We have one single national development strategy for the whole country," the Moroccan official said.

Last December, ECJ's Eighth Chamber made a ruling annulling an enhancement of the agricultural agreement signed in 2012 between Morocco and the European Union.

The Council of the European Union filed an appeal against the bloc’s top court decision. A ruling is expected by the end of 2016.