Urgent alternative proposal to the U.S decision has plagued dreams Polisario and Algeria 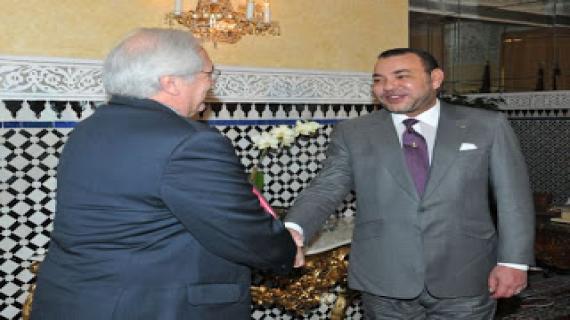 According to reliable sources, and on the lookout for what is happening on the political scene in Algeria and Rabouni camp, the Algerian authorities on alert in the wake of and Rhode News semi uncertain about a compromise proposal to resolve the crisis between Rabat and Washington, drafted by France and Spain.

The same sources reported that Algeria intensified its movements to prevent Asaddaraa the decision to substitute or withdraw a draft resolution the U.S. Judge expand MINURSO mission in the Moroccan Sahara.

In the same context, reported newspaper El Pais, the Spanish widespread that the Madrid government opposes the creation of a mechanism to monitor the human rights Moroccan Sahara, and is seeking to work on the issue Mdkrh compromise between Washington and Rabat, and confirmed the same newspaper that Spain opposed the draft resolution Atina drafted by friends desert, preferring to work behind the scenes to soften the proposal U.S. non-viable.

Translated by :Polisario: Threat in the Desert