U.S. to Approve $1 Million Grant to NGO in Western Sahara 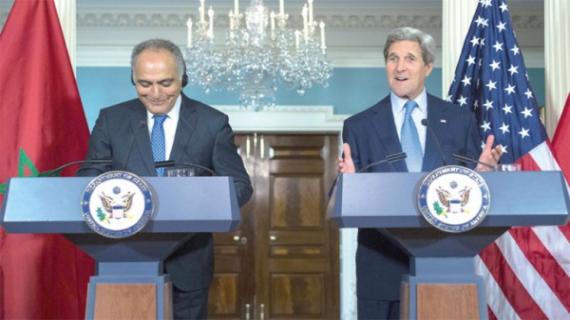 The U.S. State Department is expected to approve a USD 1 million grant for a program promoting “civil society and local governance” in the Western Sahara in southern Morocco, according to Al-Monitor.

The agency will award the grant to one or more non-governmental organizations under the auspices of the Near Eastern Affairs bureau’s Middle East Partnership Initiative. The new project will serve to strengthen bonds between the region’s inhabitants and their local government.

“The State Department is in the process of concluding negotiations on a civil society and local governance program in the Western Sahara,” a State Department official was quoted by Al-Monitor as saying.

A report from the foreign aid appropriations committee of the U.S. Congress says the funds will also “support democratic reforms” in the Sahara.

Florida Representative Mario Diaz-Balart told Al-Monitor in an emailed statement that Congress and the State Department are currently in consultations in order to ensure the program is executed within the compliance of the law.

“Morocco is an important ally in the region, and has worked hand in hand with the United States on a number of programs, reforms, and economic agreements,” the representative said. “I am confident that this program will be another positive and successful partnership between our two nations.”

Washington’s move comes amid an unprecedented tension between Morocco and United Nations Secretary General, Ban Ki-moon, following the UN chief’s statements in which he described Morocco’s presence in the Western Sahara as “occupation.”

The remarks caused un uproar in Moroccco and led the Moroccan government to expel the civilian component of the United Nations Mission in the Western Sahara, known as MINURSO.

In the midst of uncertainty over the US position with regards to the personal dispute between Morocco and Ban Ki-moon, the US Mission to the United Nations stated on its Twitter account last March that it still believes the Moroccan autonomy plan coud provide the basis for a mutually acceptable solution to the territorial dispute.

The statement was followed by a phone between King Mohammed VI and U.S. Secretary of State, John Kerry. During the conversation, the US official stressed that his country’s position on the conflict remains unchanged.

Many believe the US move to provide the grant legitimizes the North African kingdom’s de facto soevreignty over the territory.

Analysts say a referendum on self-determination as called for by the Algeria-backed Polisario has no chances to be conducted, because of the irreconicliable positions of Morocco and the Polisarion on voter eligibility.

Faced with the impossibility to hold a refrendum, the Security Council started progressively changing its approach to the conflict. Beginning in 2007, the UN executive body called on the parties to work towards achieving an agreed upon and mutually acceptable political solution.

In April 2007, Morocco proposed an autonomy plan that would allow the Sahrawis to practice self-governance on regional issues. The same month, the Polisario presented a counter-proposal that gvae preeminence to the referendum with the option of independence.

When the Security Council adopted Resolution 1754 of April it took note of the Polisario’s proposa l while it welcomes Morocco’s autonomy plan as “serious, credible and reailstic option.”

France, the United States, along with many of Morocco’s Arab and European allies, have backed the kingdom’s autonomy plaon several occasions and described it as a viable way to end the territorial dispute.

The official position of President Barack Obama’s administration has been to support a “peaceful, sustainable and mutually agreed solution to the conflict.”