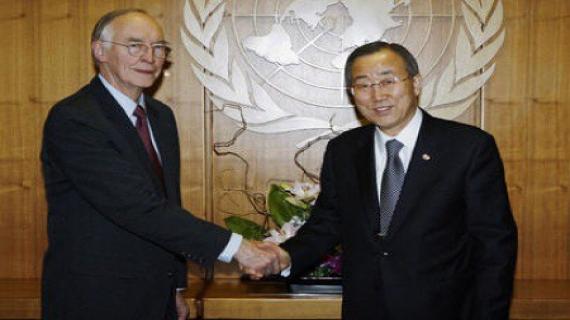 The reprehensible words and actions by Ban Ki-moon, during his last visit to the region, are not in line with "the time when UN SG was on the same wavelength as his previous personal envoy, Peter Van Walsum, who concluded that independence is not a realistic option, "said Robert Holley Monday, former US diplomat.

"Ban seemed to be in agreement with Mr. Van Walsum when the latter called upon realism," said Mr. Holley, in an article published on the electronic site Morocconthemove.com, noting that the previous UN envoy argued that "another mini-state in the Maghreb would the the way for more conflicts and violence in this part of the world."

This specialist in the region also believes that "the only solution to the current situation, if one comes to the conclusion that the status quo is no longer tenable, remains a political solution to the conflict (...) solution that legitimately would gain support from the international community. "
This formula, he said, "is very well known. It is the autonomy plan for Sahara under Moroccan sovereignty," adding that the UN Security Council "had already expressed its approval with regard to the Moroccan initiative ".

"The five permanent members of the SC expressed their support to the autonomy plan in the Sahara. It is time to demonstrate political will to move forward in the implementation of this proposal and serve those who do not wish to negotiate an honorable solution as the executive body of the United Nations will do without them if they do not accept this kind of legitimate political compromise," said Robert Holley.