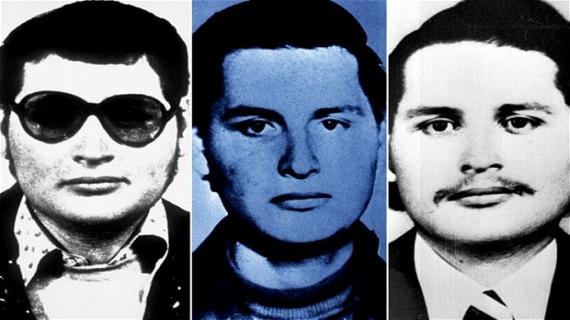 Yet, little has been known about Boumediene’s plan to assassinate the King with the help of a notorious terrorist, Ilich Ramírez Sánchez a.k.a « Carlos ».

Carlos was best known for his terrorist operations in Europe, while he was a member of the Marxist-Lenist Popular Front for the Liberation of Palestine (PFLP), against civilian targets.

The revelation concerning his role in plots to assassinate Morocco’s late king was made through « Le monde selon Carlos », a recently published book by journalist Laszlo Liszkai.

The book traces the relationship between Carlos and Boumediene and some of the president’s men, including the head of the National Security Ahmed Draia and Saleh Hidjeb, alias « Vespa », a gangster and hitman in charge of doing the dirty business of the regime.

« Vespa » was the head of the central police station in Algiers.

According to the book, two separate teams of assassins were sent to Morocco with the aim of killing the King. The two groups knew nothing about each other.

Liszkai, who interviewed Carlos dozens of times in la Maison centrale de Poissy, France, where he is serving a life sentence, revealed that an informant was providing them with details about Hassan II’s whereabouts.

The informant was none other than General Ahmed Dlimi, the influential military man and commander of Royal Armed Forces in Western Sahara, claimed Carlos.

« No one knew our informant. There was only one person who could tell us which road the King was taking to leave Rabat. Each team would was placed along one of the roads. The informant would have told us if the King was going to take the red road or the blue road », reads the book.

« Only me and Saleh Hidjeb knew the name of the informant, General Ahmed Dlimi », said Carlos.

Dlimi was Hassan II’s right hand and one of his trusted generals. Just like General Mohamed Oufkir before, the most influential general in Moroccan history, he died in mysterious circumstances.

Like Oufkir, who carried a military coup attempt against the King in 1972, Dlimi was suspected of plotting against the monarch.  He died in 1983 in what was said a car accident, while many claim he was assassinated.

In addition to suspicions of plotting a coup, Dlimi was said to be secretly entertain a relationship with the Algerian regime and some opposition figures such as Fqih Basri.