Violence and corruption: The Star of South Africa begins to fade 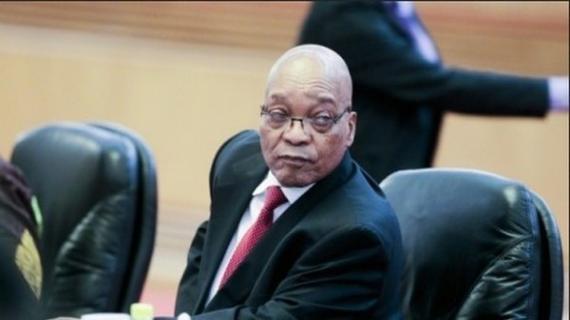 For the past twenty years from racist pariah state status to the lighthouse of multiracial democracy and the end of apartheid, the rainbow nation has often made headlines worldwide in recent months for wrong reasons.

In August 2012, 34 striking miners were shot dead by police in the Rustenburg area (north). Wildcat strikes in the mines, sometimes with bloody settling of accounts, lasted for three months.

These events which have shaken the country, however, have not shaken President Jacob Zuma, renewed in December at the head of the ANC, the ruling party today criticised more strongly on his mismanagement, his patronage and assumed corruption .

In February Oscar Pistorius who gave a wrong page of unexpected publicity for his country. Hero of the London Olympics 2012, the champion of handisport was under the spotlight for days, for killing his girlfriend. The opportunity for the media to remind the world that South Africa is a country plagued by violence.

A few days later, the brutality and the amateurism of the national police returned to the front of the stage with the death of aMozambican taxi driver dragged handcuffed behind a police van who had made the mistake of having parked badly.

The reputation of South Africa which seemed untouchable begins to weaken, says Dion Chang, founder of consulting firm Flux Trends. The death of the Mozambican taxi (driver) at the hands of police brutality worthy of apartheid, and Oscar Pistorius imposed the harshest form of involuntary advertising ,he admits.

Even the authorities concede that these negative traits overshadow the country's assets, its tourist attractions, its wildlife parks, or the joyful remembrance of World Cup 2010.

In the short term, undoubtedly, it is true, admits Nomsa Mazibuko, director of communication service marketing agency Brand South Africa. The huge volume of coverage includes an array annoying array. Even if it is a little swollen and sometimes taken out of context, she adds.

There is progress, she insists, for example in terms of homicides, the number marks time, and you can not get results overnight.

The three major rating agencies downgraded the country last year. Most investors are happy to stay at the party, but they dance near the door, ironically said Nalla Mohammed, head of strategic studies on behalf of Nedbank Capital.

Until now, the discomfort was not reflected in the price of bonds or shares but the rand, the national currency has weakened considerably, causing shockwaves in the South African economy heavily dependent on imports.

The rand has lost more than 15% of its value against the dollar in a year, and more than 36% in two years, which increases including prices at the pump, and generally fueling inflation at 6% per annum which leaves little room for maneuver to the central bank.

The rand is the test strip used by investors to express what they think of South Africa, says Nalla.

Officially with a quarter of the workforce unemployed, and probably more, South Africa is threatened by stagflation, a mixture of low growth and high inflation, according to the analyst.

Another worrying sign, the price of insurance on bonds, credit default swaps, or CDS, began to climb. Index and harbinger of ill omen that preceded the financial crisis in the United States and Europe.

The announcement of a national development plan with the key to billions of investment in infrastructure, electricity, transportation, etc.. Continues to support investor sentiment.

But we need more visible measures to restore confidence in the police, the efficiency of justice against violent crime and an aggressive campaign to highlight the strengths of South Africa, said Chang. These days and our time, the + power + soft (soft power, or ability to influence without the use of force) is what builds brands and reputations.