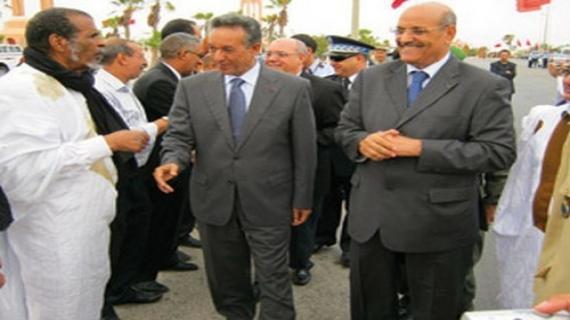 Laayoune-The Wali of Laayoune-Boujdour-Sakia El Hamra, Khalil Dkhil received Friday at the headquarters of the Wilaya a delegation of professors, judges and Spanish Moroccan and Tunisian players who take part in the international conference on the "crimes of the Polisario and historical constants Moroccan Sahara".

This meeting was an opportunity to inform the members of the delegation of the achievements in development and human rights in the southern provinces of the Kingdom.

On the issue of territorial integrity, the delegation had the opportunity to attend a presentation on the latest developments in artificial dispute over the Moroccan Sahara and the Moroccan proposal for autonomy in the southern provinces, welcomed by the community international.

Participants in the international conference, which opened Thursday in Laayoune had noted the existence of strong links between the people of the Sahara and the Alawite throne.

The meeting was also punctuated by shocking testimonies of victims of torture and mistreatment in GEO the Polisario and the atrocities committed by the leaders of this artificial entity to impose their authority to sequestered in the violence to physically, by

subjecting them to torture, terrorizing and cutting family ties.