Washington confirms Morocco's exception to close its embassy across the world 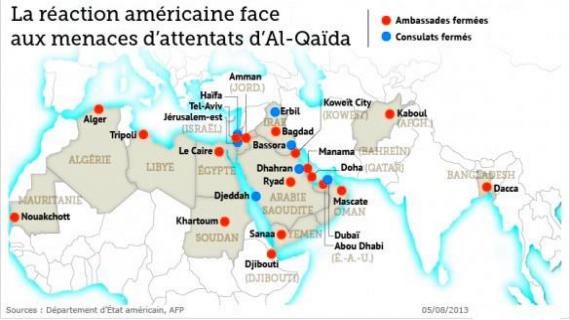 Washington has confirmed the exception Morocco's decision to close its embassy, which indicates the stability enjoyed by the country and beyond all manifestations of terrorism.

The U.S. State Department on Sunday it decided to extend the closure of a number of consulates and embassies in a number of areas up to 10 August this, pointing out that it is consistent with the Eid holiday in Muslim countries, it also comes "as a precaution" to ensure the security of embassy workers and visitors.

A statement issued by the U.S. State Department posted on the channel "CNN" that "taking into account that some of our embassies and consulates will be closed in line with local customs and traditions during most days next week because of the Eid holiday, and for more caution, we have decided to extend the closure of many consulates and embassies as well as a number of additional centers. "

She ministry saying that the decision does not indicate the existence of «new threats» but shows commitment to cautious and to take appropriate steps to protect our employees and visitors to our facilities. "According to the statement, the decision will include centers diplomacy to Abu Dhabi, Amman, Cairo, Riyadh, Dhahran and Jeddah, Doha, Dubai, Kuwait, Bahrain, Muscat, Sanaa, Tripoli and Ontanan Revo (capital Madagascar) and Bouhabura (the capital of Burundi), Djibouti, Khartoum and Kigali (the capital of Rwanda) and Port Louis (Mauritius). Conversely, some of the centers that were closed Sunday resumed work on Monday as normal, which is located in Dhaka (capital of Bangladesh), Algiers and Nouakchott, Kabul, Herat and Mazar-i-Sharif and Baghdad , Basra and Arbil.