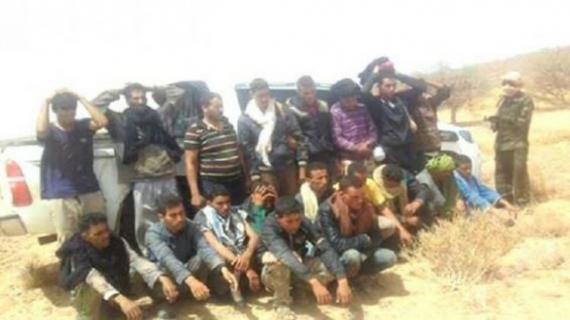 The Polisario Front has made a serious misstep when it arrested earlier this month 19 Moroccans it accused of drug trafficking, according to Mustapha Salma Ould Sidi Mouloud, a former Polisario security official.

In a Facebook post on Sunday, the dissident ex-Polisario member, currently in exile in Mauritania, said that “Polisario thought it had made a big catch with the arrests but soon found itself in an embarrassing situation.” “It fell into the trap it set for Morocco, “ he added.

Salma explained that the separatist organization found itself without the external support it had assumed it could rely on. For one thing, Salma said that Algerian authorities refused that the Moroccan nationals be detained on its territories.

Further, the United Nations Mission for Referendum in Western Sahara (MINURSO), which Polisario asked to witness the interrogations of the 19 arrested, refused to intervene because the people in question are civilians.

The fact that the arrested are all natives of Western Sahara, which Polisario claims to defend, added Salma, “will expose the organization to the anger of the local tribes as well as pressure from human rights groups.” This will demand the Polisario front to respect the rights of the detainees, something which Salma said “Polisario could not ensure.”

“In the Sahara regions east of the security wall, there is no justice infrastructure (no formal prisons or courts). The early indications of the violations of the 19 arrested began with leaking their picture during their arrest,” wrote the dissident Polisario official.

The 19 men in question were arrested eastern the security wall in the area considered a buffer zone, on which Polisario has no right to claim sovereignty, a United Nations expert previously told Morocco World News.

The expert, who spoke on the condition of anonymity, said that the announcement that Polisario made concerning the arrest was “an attempt to lure the international community into believing that its hands are clean and that, in fact, drug trafficking in the region is led by Moroccan traffickers.”

In July clashes erupted between warring gangs in the camp of Aousserd in Tindouf camps which are under Polisario control.

Futuro Sahara, a pro-Polisario online media outlet, wrote that “the events in Aousserd uncovered the fragility of the security apparatus which is supposed to preserve public order.”

Moroccan authorities have on several occasions pointed to links between Polisario Front, organized crime, and drug trafficking networks operating in the region.

In September 2016 the General Directorate of National Security (DGSN) announced it had opened an investigation following the dismantling of an international drug trafficking network with links to residents of the Tindouf camps.

During an operation by the Moroccan army along the security wall (280 km southeast the city of Boujdour in Western Sahara), four people were arrested and 250 kg of cannabis resin were seized.

Investigations revealed that the arrested were from the Tindouf camps and had ties with Polisario. Among the arrested was Majidi Ida Ibrahim Hamim, son of the former governor of the Essmara camp in the Polisario-run camps.

In February 2016, a Mauritanian official told France 24 channel that the Polisario elements were heavily involved in the trafficking of cocaine from Latin America to Europe.