Who is Mokhtar Belmokhtar: Islamist or brigand? 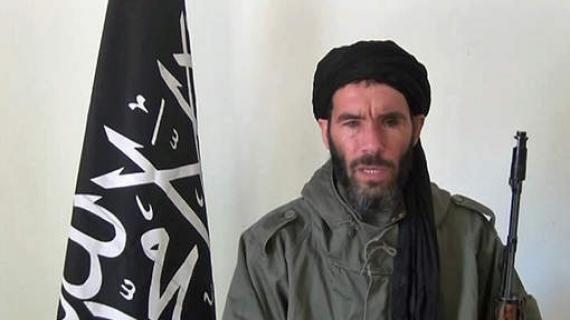 Mokhtar Belmokhtar, the one-eyed Islamist whose men seized dozens of hostages in a deadly attack on an Algerian gas field, is a wily desert fox branded as a terrorist by some but perhaps just a common brigand.

He was born in 1972 in the ancient desert city of Ghardaia, 600 kilometres (370 miles) south of the Algerian capital, noted for its date production and manufacture of rugs and fabrics.

But in a rare 2007 interview, he said he was drawn away from home by his fascination with the exploits of the mujahedeen combating the Soviet invaders of Afghanistan, whom he joined in 1991 when he was barely 19 years old.

It was in Afghanistan that he claims to have lost his eye when it was hit by shrapnel and where he had his first contacts with Al-Qaeda, whose ranks he joined, eventually rising to a senior position back home before being dumped.

Belmokhtar, now nicknamed Lawar (The One-Eyed), returned to Algeria in 1993, a year after the government sparked civil war by annulling an election won by the Islamic Salvation Front.

He joined the Armed Islamic Group (GIA), which conducted a violent campaign of civilian massacres in its battle against the government, sometimes wiping out entire villages in the process.

Belmokhtar thrived thanks to his intimate knowledge of the nearly lawless “Grey Zone” of southern Algeria, northern Mali and neighbouring Niger. That success was strengthened by a network of tribal alliances that he cemented through marriage.

In 1998, the Salafist Group for Preaching and Combat (GSPC) broke away from the GIA. Belmokhtar, now also nicknamed “The Uncatchable” by a former chief of French intelligence, went with them.

Nine years later, the GSPC formally adopted to the jihadist ideology of Osama bin Laden and renamed itself Al-Qaeda in the Islamic Maghreb (AQIM).

These Islamists have spun a tight network across tribal and business lines that stretch across the sub-Sahara Sahel zone, supporting poor communities and protecting all kinds of traffickers.

They are comfortable operating in the harsh desert terrain and have made millions of dollars from the ransoms of European hostages.

Along with a splinter group, the Movement for Oneness and Jihad in West Africa (MUJAO), AQIM had already been holding more than a dozen Western hostages when Belmokhtar’s men carried out their bloody operation on Wednesday.

A group calling itself the “Signatories for Blood,” led by Belmokhtar, claimed responsibility for the operation, to avenge Algiers’ “humiliation of the Algerian people’s honour… by opening Algerian airspace to French planes” operating in Mali.

They called for an end to the French offensive in Mali, where the former colonial power launched a military offensive last week to stop Islamists who seized the north in March from pushing into southern government-controlled territory.

The seizure of northern Mali effectively turned the area into an Islamist state and raised fears that the Al-Qaeda franchise could use it as a staging ground for attacks in the region and beyond.

Belmokhtar was pushed out as one of AQIM’s top two leaders in northern Mali in October for what one regional security official said were his “continued divisive activities despite several warnings.”

The precise details are not entirely clear, but his third nickname, Mr Marlboro, could provide a hint.

With a reputation as a smuggling baron — dealing in contraband cigarettes, stolen cars and even drugs, as well as profiting from illegal immigration networks — Belmokhtar’s commitment to AQIM’s puritanical brand of Islam was questioned by some members of the group.

A Malian official said AQIM supremo Abdelmalek Droukdel had said Belmokhtar hads been “dismissed for straying from the right path.”

But while still in the AQIM saddle, he vowed in July that the group would act “with firmness and determination” against anyone collaborating with a foreign military force that might intervene in Mali.

In a statement released by Mauritania’s private news agency Nouakchott Informations (ANI), an AQIM mouthpiece, Belmokhtar said: “We will not stand by with our arms crossed and we will act as the situation demands with firmness and determination.

Belmokhtar, with yet more blood on his hands, kept his word.