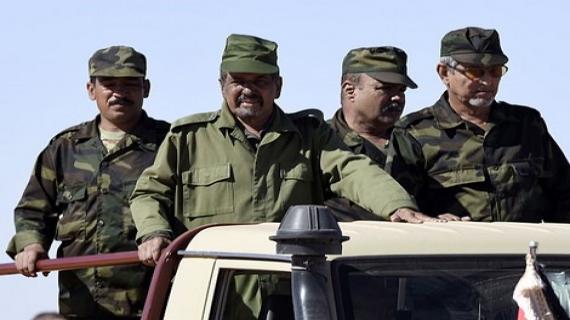 Following the death of the long-serving Polisario ringleader Mohamed Abdelaziz, his family is believed to have left the Tindouf camps (southern Algeria) to live in Spain, according to press reports.

Such a move has raised many questions over the reasons behind such relocation. Is it voluntary or compulsory? It is a sign of a rift within the separatist front? Is it due to a friction or growing tension with new separatist junta?

Khalili Ould Mohamed Abdelaziz, son of the late Polisario chief, who died last May, has reportedly moved to live in the southern Spanish city of Seville where his father has hidden his wealth.

A report by the EU’s anti-fraud office (OLAF) had revealed last year the large-scale embezzlement by Polisario leaders of humanitarian aid destined to the Tindouf camps population. The report documented the diversions committed under the watch of Algeria and how the diverted goods were sold in the black market in neighboring countries and even in Algeria.

Apparently, Khalili Ould Abdelaziz, unlike his father, does not want to leave money growing in dormant accounts but looks forward to investing his inherited assets for high returns.

According to some international anti-corruption agencies, it is time for the European Union law enforcement agencies and anti-financial crimes bodies to act and track the aid stolen by Polisario operatives to line up their pockets.

The OLAF report says that large parts of the humanitarian assistance and aid did not reach the Sahrawis sequestered in the Tindouf camps.

The EU has been extending financial support to the Tindouf camps since 1975. OLAF report proved the embezzlement carried out by Polisario leaders whose names were cited by investigators.

The European Commission Humanitarian Office (ECHO) has discovered its products being sold in the markets of Bechar in Algeria, located at 800 km from Tindouf, as well as in Nouakchott, Chingetti and Nema, three Mauritanian cities.

Algerian Secret services were also cited in the report for their involvement and role in the vast embezzlement operation.

However, it is unclear how new Polisario warlords will react to Khalili’s overseas business plan while some analysts wonder whether EU law enforcement agencies will seek to retrieve their stolen money.