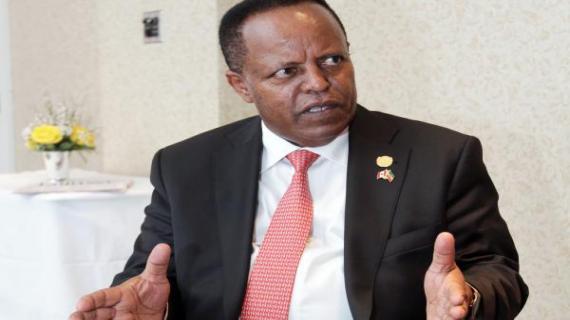 Ethiopia supports the decision of Morocco to rejoin the African Union (AU) as early as the next AU Summit, to be held in January 2017.

In a joint statement issued following the official visit paid by King Mohammed VI to Ethiopia, Prime Minister, HE Haile Mariam Dessalegn, expressed his country’s “firm commitment towards the full realization of the values and principles of the African Union,” and stressed, in this regard, his support “for the decision of Morocco to rejoin the African Union as early as the next AU Summit.”

The Moroccan monarch and the Ethiopian PM also agreed “to coordinate in various regional and international fora to advocate and enhance regional stability, prevent and contain armed conflicts, combat terrorism and enhance the culture of tolerance and peaceful coexistence.”

During the 27th summit of the African Union held in Kigali, Rwanda, last July, the Moroccan monarch announced Morocco’s intention to reunite with African family.

Following the letter that the King sent to the AU’s summit, 28 countries submitted a motion to the organization and called for suspending the membership of the Polisario’s SADR.

In the speech he delivered to the nation on the 17 anniversary of his coronation on July 30, 2016, King Mohammed VI reiterated Morocco’s decision to return to the African Union.

“The decision of Morocco to return to its African institutional family does not mean that the Kingdom will relinquish its legitimate rights, nor recognize a pseudo entity lacking the basic elements of sovereignty which was imposed on the African Union, in flagrant violation of the latter’s charter,” the King said in his speech.

Morocco needs the majority of two thirds to join the African Union.