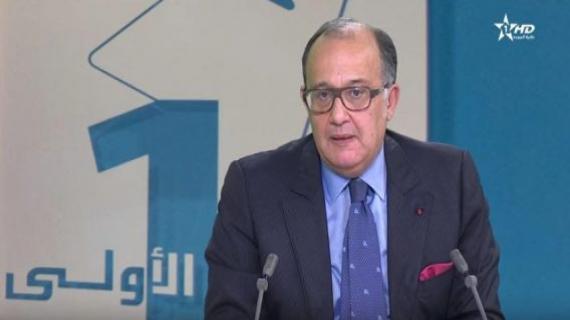 Taeib Fassi Fihri, the advisor to King Mohammed VI, has said that Hamid Chabat’s statement about the territorial integrity of Mauritania created problems for the Moroccan diplomats to the African Union Summit in Addis Ababa.

The statements of Independence Party’s (IP) Secretary-General, Hamid Chabat, that created controversy in Morocco and threatened to exacerbate the strained relation between Morocco and Mauritania last December, continue to cause diplomatic issues for Morocco.

In an interview with the Arabic-speaking TV channel, Aloula, Taeib Fassi Fihri stated that Chabat’s statement was exploited during the African Union Summit in the Ethiopian capital, Addis Ababa.

The advisor to King Mohammed explained that some delegations referenced Chabat’s statement during the discussion among the heads of state about Morocco’s return to the African Union.

Chabat caused uproar within Morocco when he declared that Mauritania “lies on Moroccan land” in a partisan meeting. Immediately after this statement was made Morocco’s Foreign Affairs Ministry released a communiqué rebuking Chabat and specifying that he does not represent Morocco’s official standpoint and that Mauritania’s territorial integrity is not an issue of discussion in Morocco.

King Mohammed VI also held a phone conversation with the Mauritanian President, Mohamed Ould Abdel Aziz, and sent Benkirane to Mauritania after the statement was made to alleviate the tension and prevent any sort of political exploitation by Morocco’s detractors.