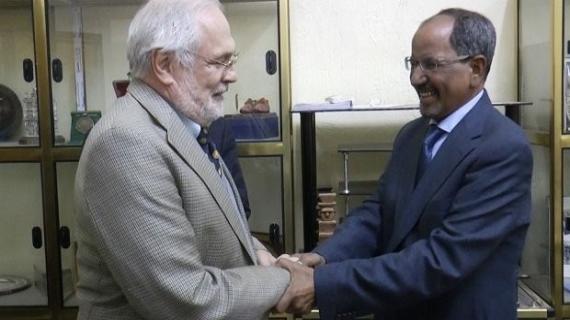 The Polisario Front has pointed the finger at Morocco as the cause of  Special Envoy Christopher Ross’ resignation.

Morocco has also been accused of obstructing negotiations regarding the disputed Sahara.

While the Polisario Front refuses to withdraw its own militia from the area of conflict in the buffer zone of Guerguerat in southern Morocco, this has not stopped the Polisario Front from making unfounded claims against Morocco in an apparent effort to escalate tensions in a situation which could potentially drag the entire region into armed conflict.

The senior Polisario official claimed that Ross’ resignation came as result of “Morocco’s obstruction of the negotiations in 2012.” He added that the UN is also responsible for the resignation as it did not react “to Morocco’s dismissal of the UN Mission for Western Sahara.”

Morocco did dismiss the UN Mission last year, primarily in reaction to the term “occupation” used by former UN Secretary General, Ban Ki-Moon, when describing the Moroccan Sahara. The unfortunate choice of word was later deemed by many international analysts as a “diplomatic blunder” having no legal basis.

Morocco did agree, however, to a gradual reintegration of the UN Mission after the UN gained control of the situation and redressed Ban Ki-moon’s mistake.

Following 16 years of armed confrontation between Morocco and the Polisario Front, a cease-fire agreement was signed between the two parties. Under the agreement the southern area of Morocco, at the border with Mauritania, was declared a buffer area.

In violation of the cease-fire agreement, the Polisario recently dispersed its militia to the region. It refused to withdraw its troops, even after the current UN Secretary General called on both Morocco and the Polisario to pull out of the area. Only Morocco responded to the call, unilaterally deciding to withdraw its forces. It then dispatched the Head of the MINURSO to negotiate with the Polisario’s “Defense Minister.”