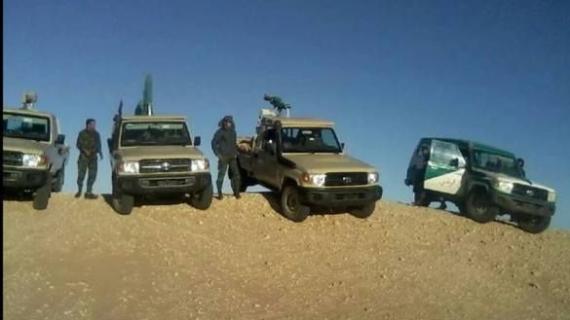 In the Tindouf camps, drug trafficking has taken a worrying turn. The gangs close to Brahim Ghali and those loyal to his opponent, Mohamed Lamine Ould El Bouhali clashed on Wednesday in broad day-light. More than that, the gunfight took place only a few hundred meters away from a tent where the Polisario leader was staying, visiting the camp of Aoussred.

In fact, Brahim Ghali chose to showcase his anger about the African Union summit held on the 3rd and 4th of July in Addis Ababa with the intention of assuming his authority that is being overtaken by the opposition led by Mohamed Lamine Ould El Bouhali.

«The Front's militia closely watched the scene and listened to the screams of women on the run, the shooting, bullets and the whirring of the brand new 4x4 vehicles engines. They did not intervene to cease the fight and restore order, leaving the criminal gang close to Ghali impose itself», says a source from the Sahara.

Intervention of the Algerian Army

«To avoid a deadly escalation, the Algerian army strongly present in the camps, received instructions to restore order. At the end of its intervention, gunshots ceased», adds the same source.

«Once it was calm again, ambulances arrived at the scene and carried the injured. However, no investigation has been opened to establish the responsibilities and no complaint has been filed against X,» said our source. A media platform close to Mohamed Lamine Ould El Bouhadi partially confirmed the gunfight clashes.

Last February, Algerian authorities sent a military senior official to the Tindouf camps in order to mediate for a truce between the two parties which have been fighting to control drug trafficking and smuggling in the region.

For the record, in December 2016, Brahim Ghali appointed his followers to head the military regions in order to change the situation there and profit from the dividends of this illegal trade.