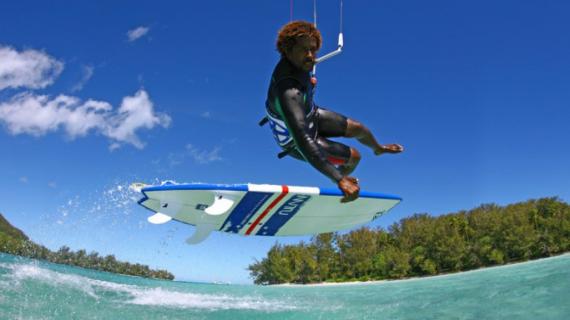 The 8th edition of the world championship «Moulay El Hassan GKA Kitesurf world tour Morocco - Dakhla 2017», organized by the association Lagon Dakhla and the Global Kitsurfing Association (GKA), ended on Saturday with an overall satisfaction from participants and organizers alike.

The closing ceremony of this world championship, under the High patronage of King Mohammed VI, was marked by the awarding of trophies to the winners in the presence of Mohamed Sajid, Minister of Tourism, Air Transport, Crafts and Social Economy.

After five days of tough competition in the main strapless event for 35 riders of different nationalities, it was Cabo Verde-native Mitu Monteiro who won the grand prize of this edition, scoring 1,000 points in total, followed by Australian Keahi De Aboitiz (900 points) and Portuguese Paulino Pereira (810 points), in the third place.

At the closing ceremony, Idriss Senoussi, chairman of the organizing committee of Prince Moulay El Hassan GKA kitesurf World Tour Morocco - Dakhla 2017, announced that the 9th edition of this championship will be held in April 2018. He also announced that the city of Dakhla will host the qualification events for Africa and Europe at the 2018 Youth Olympic Games, which will be held in Buenos Aires, Argentina, for kiteboarding.

This edition was also marked by the exceptional performances of the two Moroccan riders Ismail Aderzan, ranked 5th, and Mohammed Ali El Baqqali, in the 9th position. The prize of revelation of this championship was awarded to promising young Australian James Carew, 18 years old.