Humanitarian aid : The USA offers $1 million to the WFP to help refugees in the Tindouf camp 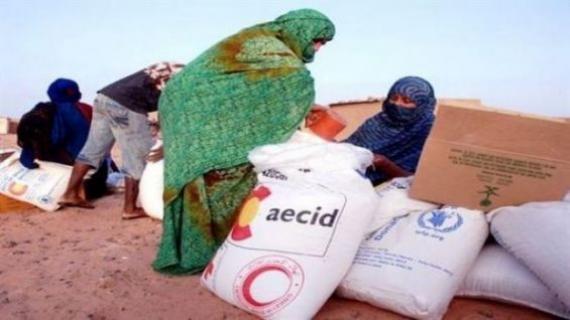 In a daily press briefing held yesterday at the office of the spokesperson for the United Nations security general, Stéphane Dujarric, it has been brought to the table that the United States of America has offered $1 million to the World Food Program, a food-assistance branch of the UN that addresses hunger and promotes food security. According to the humanitarian organization, the fund provided by the US is meant to help secure food for refugees in the Polisario Front camps.

«Our friends at the World Food Programme (WFP) today welcomed a $1 million contribution from the United States to support vulnerable refugees from Western Sahara in Algeria», Dujarric stated. He also précised that the «WFP will use the funds to provide staple food items as part of monthly food rations for thousands of refugee families».

For its part, the World Food Programme has confirmed the US contribution. In a communiqué issued by the organization on the 9th of August, it has been indicated that the $1 million dollars will enable them to «provide refugees with a diversified monthly food basket that includes rice, barley and wheat flour, pulses (including lentils and yellow-split peas), fortified vegetable oil, sugar and corn soya blend».

Last June, the UN Secretary General Antonio Guterresurged donor countries to increase humanitarian aid for the people residing in the Tindouf camp. He said in a statement that the World Food Programme is in the need of $ 7.9 million to «carry on providing crucial food aid for the next six months».

In May, the «Sahrawi Red Cresent» (CRS) stated that the «WFP reduced the monthly food rations to refugees by about 20% during May, which will be further reduced in June if donors do not contribute as soon as possible».

The UN Secretary-General’s report on Western Sahara on the 10th of April and which was handed to the members of the Security Council has also mentioned the matter, indicating that $135 million has been given to the Sahrawis for 2016 and 2017. Last year, the Office of the Commissioner for Refugees received only 34 percent of its needs estimated at around $29 million. The report also warned that the donors are increasingly tending to reduce their aid.

Moreover, Sweden announced on April that it would reduce by almost half of its aid targeting the population of the Tindouf camp. The decision taken by the Sweden government resulted in the loss of five million Euros a year for the Polisario.

Donors increased their contributions due to two main factors. It is first of all linked to how these aids are distributed among the camp’s residents. This was pointed out through a report issued by the European Union in 2015. Furthermore, donors requested a census of the camp population for several years. The latter was highly rejected by the leaders of both Algeria and the Polisario.