Mauritanian analyst : «Nouakchott will not be able to influence the Western Sahara conflict» 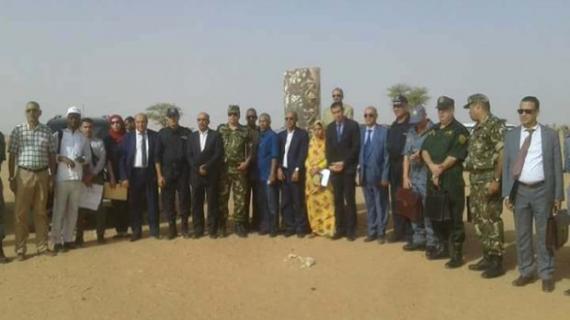 A silent crisis, this is how observers describe the current the situation of the Moroccan and Mauritanian diplomatic ties. The country has not appointed yet an ambassador in Rabat since 2012. Yesterday, Algerian media outlets announced that Nouakchott and Algiers have agreed on opening a new border crossing. They reported that the project emanates from Mauritania’s will to reduce its dependence on the Guerguerate post.

The Mauritanian analyst, Tabet Didi Ould Salek, head of the Maghreb Center for strategic Studies based in Nouakchott, gave Yabiladi more details about the current situation and the diplomatic ties linking Morocco to Mauritania.

Following the announcement of the creation of a new border crossing between Algeria and Mauritania, Do you think that Oul Adbel Aziz’s government is trying to ally with Algeria ?

From an initial point of view, relations between Mauritania and Morocco must be good. There are , in fact, strong economic, cultural and social ties that bring the two countries together. It is known that Mauritania depends heavily on many Moroccan products, especially fruits and vegetables, and that Morocco also relies on the Guergarate border crossing point to export goods to Sub-Saharan countries.

From a political perspective, relations have been, unfortunately, very bad for several years when it comes to senior officials. Many people do not know why Moroccan-Mauritanian relations have deteriorated.

However, I do not think that opening a new border crossing between Algeria will impact the one separating Morocco and Mauritania. We should bear in mind that there are several factors, notably geographical ones that prove the opposite. Moreover, Algeria will not be able to able to replace Morocco, especially when it comes to supplies, vegetables and fruits.

In an attempt to overcome the crisis, Morocco announced the appointment of a new ambassador to Nouakchott, but the latest news indicates that the regime of Ould Abdel Aziz has refused this decision. What is your reading of the situation ?

It is certain that what was done by the regime of Ould Abdel Aziz has made things escalate especially, knowing that Mauritania has long refused to appoint an ambassador in Rabat. Relations at the political and diplomatic level are very tense, as evidenced by the rejection of the new ambassador. Mauritania does not want to take measures that would improve its relations with Rabat. It looks like that Mauritanian authorities are not willing to improve diplomatic ties with Morocco for unknown reasons.

The real reason behind the crisis is related to two businessmen, namely, Ould Bouammatou and Ould El Chafei, and there are of course other undeclared reasons and especially personal ones that are linked to Mauritanian leaders.

How do you see the future of Moroccan-Mauritanian relations ?

The Mauritanian leadership acts based on its moods, marginalizing institutions. We cannot predict this system’s steps. We are also talking about tightening traffic procedures at the Guerguerate border crossing, but it would be difficult to close it definitively for the simple reason that the Moroccan market provides Mauritania with several products and goods.

Objectively, one cannot predict the behavior of a system like Abdel Aziz’s regime at the moment, for what governs his actions and decisions is essentially his mood.

Some Mauritanian media platforms point at the fact that Mauritania has abandoned its neutrality regarding the Western Sahara conflict. Do you share the same opinion ?

It’s only propaganda and even if it happens, it will not change anything. The question of Western Sahara will remain as it is now, unless many international data or the political structure in Algeria change.

Whether, Mauritania is leaning towards Morocco or Algeria, it will not be able to influence the course of events.

Talking about a change in the Mauritanian position on the Sahara problem is just part of propaganda created by media. This will in no way affect the process related to this issue including the diplomatic relations between the countries in the Maghreb region.