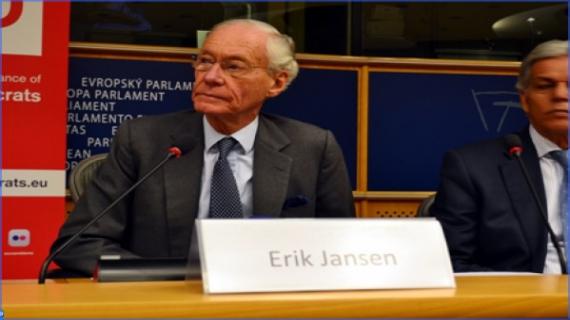 Speaking during a meeting of the UN Fourth Committee, Jensen said the failure to move towards a solution poses threats to the wider region and even beyond.

Jensen advocated for compromise to solve the decades-long crisis, insisting that it is “unavoidable.”

The former MINURSO chief and author of a book on the dispute entitled, “Western Sahara: Anatomy of a Stalemate,” pointed to the latest report by the UN Secretary General, Antonio Guterres, which he described as “unusually comprehensive and compelling.”

Guteres’s report, Jensen noted, called for a new dynamic in the negotiating process and urged Algeria and Mauritania to play a part.

In this sense, the appointment of Horst Kohler as the new Western Sahara Envoy, added the former MINURSO chief, was intended to help restart talks between Morocco and the Polisario Front.

During the meeting, a number of non-government members spoke, expressing pro- or anti-Morocco views regarding the dispute.

Ahmed Lakhrif, a Sahrawi member of the House of Councilors and former minister delegate of foreign affairs in Morocco, said insisted that Morocco’s Autonomy Plan for Western Sahara is a solution that guarantees the local resident their “dignity” and “rights.”

He added that he was speaking on behalf of Sahrawis, who he said allowed him to do so.

Heiba recounted the death of an elderly person in the camps last month because of forced labor. He said that slave status is inherited in the camps, and that some children become enslaved because their parents were too.

Heiba said that Polisario should be ashamed of itself when it talks about human rights.

Another Polisario supporter, Maalainine Yara, Director of Western Sahara IT, claimed that Morocco had lobbied many countries, including the United States, “to turn against the Sahrawi people.”